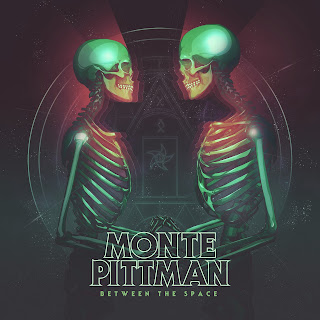 Metal Blade Records recording artist Monte Pittman is releasing two new solo albums on the same day. The exceptional guitarist/singer/songwriter will unleash "Between The Space" and "Better Or Worse" on August 31st. Of the two new releases, "Between The Space" is a hard-hitting heavy metal album that "gets straight to the point as soon as it starts," while "Better Or Worse" showcases Pittman's acoustic side on this still heavy, emotional album.

He comes out with guitars blazing on the opening track "Evidence" on his new "Between The Space" album. His voice sound stronger and more confident than ever before as he delivers the chugging guitar riffs of "Ominous/Hope." Pittman shows off his amazing skills on the electric guitar during the solo of "Changing Of The Guards" and then extends his songwriting into the progressive rock territory with the six-minute journey of "Once Upon A Time." He finishes up his new "Between The Space" album with the quick, thrash metal pace of "Reverse Magnetism" and epic piece "Beguiling." 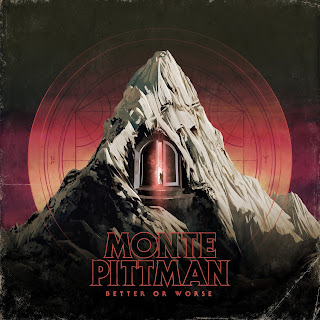 Now, if that album is to loud for you, then Monte Pittman unplugs for his other new album "Better Or Worse." The intensity is just as high as he kicks things off with the quick strumming of "Depth Perception" and the pleading of "Have Faith." He finally showcases his quiet side on the beautiful delivery of "Turning Retrograde" and the emotional lyrics of "Better Or Worse." He finishes his new all-acoustic album with a return to the progressive appeal of "Torchbearer" and the more aggressive, experimental piece "Witch Trials." To find out more about Monte Pittman and his two new releases "Between The Space" and "Better Or Worse," please visit montepittman.com.
Posted by JP's Music Blog