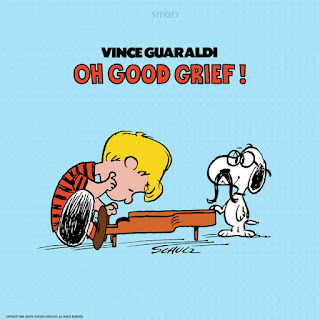 Legendary pianist/composer Vince Guaraldi recently became the subject of two brand-new releases from Omnivore Recordings. The first new release is a new, red vinyl edition of his classic 1968 album "Oh, Good Grief!." This is in honor of the album's 50th anniversary and includes many of the well-known "Peanuts" themes, from "Linus And Lucy" to the "Great Pumpkin Waltz" to "Red Baron" that Guaraldi re-recorded for his new label, Warner Bros. Records.

The second new release has come in the form of a new 2CD set titled "The Complete Warner Bros.-Seven Arts Recordings." It features Vince Guaraldi's output during the late-sixties, including the albums "Oh, Good Grief!," "The Eclectic Vince Guaraldi" and "Alma-Ville." All three of the these albums were remastered by Grammy Award winner Michael Graves and reissued by fellow Grammy Award winner Cheryl Pawelski. Along with these three albums, are four previously unissued songs, including stellar versions of the songs "Oh Happy Day" and "The Share Cropper's Daughter." 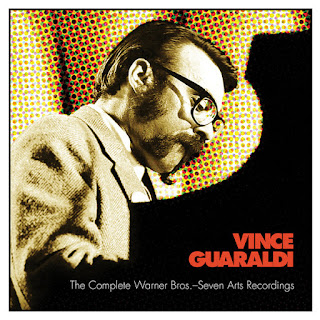 The first disc of the set includes the albums "Oh, Good Grief," which are his reinterpretations of Peanuts classics and "The Eclectic Vince Guaraldi," which show him pushing the jazz envelope. On this album, Guaraldi would take some modern songs like "The Beat Goes On" and "Reason To Believe," and add strings and rock beat to them, while also maintaining his jazz theme. The album also showcases Guaraldi's only vocal contribution, which still sounds so honest and pure.

The second disc begins with the four previously unissued tracks, then dives into what would end up being his final studio album, "Alma-Ville." This album was his "return to jazz," as Vince Guaraldi worked with many different ensembles, but made it all come together. It also featured the fan favorite "Eleanor Rigby," which Guaraldi would perform live right up until his death in 1976 at the age of only 47. These two new releases are another great way to remember this remarkable, timeless artist. To find out more, please visit omnivorerecordings.com.
Posted by JP's Music Blog