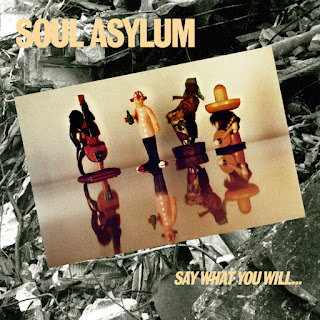 The Minnesota rock band Soul Asylum found success in 1992 with the release of their 6th studio album "Grave Dancers Union." Their hit singles "Somebody To Shove," "Black Gold" and "Runaway Train" were all over the airwaves in the early nineties. Many casual fans thought that this was the band's debut album, but some discovered that Soul Asylum's beginnings dated back to the mid-eighties with the release of their first album "Say What You Will...Everything Can Happen." The sound on this release was totally different than what fans may have expected. Now to remind us of the early days of Soul Asylum, Omnivore Recordings is releasing the band's first two albums as expanded reissues.

The band's original 9-song debut features a reckless punk sound as Soul Asylum were influenced by the underground sound seeping through the clubs of Minneapolis in the early eighties. Songs like "Long Day" and "Happy" showcase the band's desire to be as loud and raw as possible. This new re-issue of the album features an additional 14 bonus tracks, mostly made up of demos from the band's early days when they were known as Loud Fast Rules. As you listen to demos version of songs like "Black And Blue" and "Nowhere To Go," you can begin to see the band's evolution into what many fans know them as now. 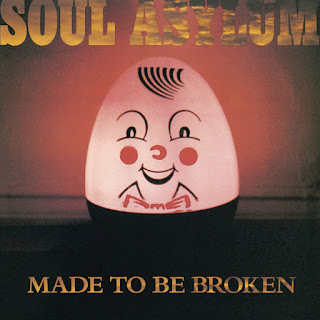 The band's second album "Made To Be Broken" has a more radio-friendly alternative rock sound, and was the first of Soul Asylum's next three album to be released in 1986. You can still hear the band's punk-like influenced in the songs "Ship Of Fools" and "New Feelings," but with a more mature and structured sound. As Soul Asylum continued to work on their melodies, the progression to their mainstream break-through was eventual. This new re-issue of their "Made To Be Broken" album features 15 bonus tracks (9 previously unreleased) as songs like "Swingin'" and "Lost In Your Face" still showcase the band's early reckless punk days as they continued to have fun with their music as displayed in the disc closer "Ramblin' Rose."

Both of these new re-issues include brand new essays, previously unreleased photos and handwritten lyrics from lead singer Dave Piner's archives. To find out more about these two new re-issues of Soul Asylum's "Say What You Will...Everything Can Happen" and "Made To Be Broken," please visit omnivorerecordings.com/soul-asylum.
Posted by JP's Music Blog