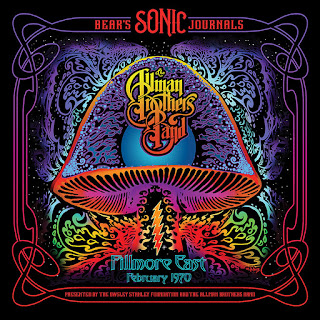 This new single-disc set features the best songs of all three nights (each full show is also available for download from the website: owsleystanleyfoundation.org). The set starts out with one of the first ever live performances of the new Dickey Betts composition "In Memory Of Elizabeth Reed." The way that Owsley Stanley recorded shows, puts you practically on stage with the band as you can hear the banter between songs as they prepare to roar into "Statesboro Blues" and "Trouble No More." This new seven song set closes with a raw, rocking, in-your-face version of Gregg Allman's classic "Whipping Post" and a thirty-plus minute "Mountain Jam" that showcases the youthful energy of the band as guitarists Dickey Betts and Duane Allman trade solos on this amazing piece to finish off the set.

The best way to experience these recordings is with headphones as you will simply get lost in the moment as you flashback to New York in 1970 and become of part of the early history of the Allman Brothers Band." To find out more about this latest release on the Bear's Sonic Journals label, please visit owsleystanleyfoundation.org.
Posted by JP's Music Blog