Revisit The Posies "Frosting On The Beaters" For Its 25th Anniversary 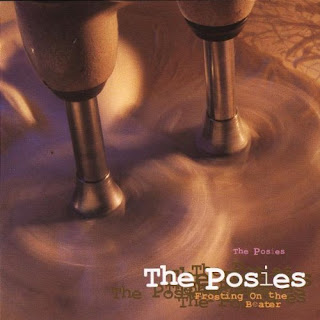 As Omnivore Recordings continues to revisit The Posies back catalog, we get the second expanded release of the year, their 1993 album "Frosting On The Beater." This album found the band delivering an edgier rock sound to go along with the growth of alternative grunge music scene. A few of the songs ("Dream All Day," "Solar Sister" and "Definite Door") received airplay, while "Coming Right Along" was featured on "The Basketball Diaries" soundtrack. This new re-issue of the album comes as a two-disc set, which features a remastered version of the original 12-track album, along with an additional 30 bonus tracks.

After you revisit the band's landmark album, you are greeted with three previously unreleased tracks, beginning with the raw, garage rock of "Looking Lost." This new set is filled to the brim with demos and the first one you come across is Jon Auer's guitar-only version of "Flavor Of The Month," as the melody of the song is already worked out. The rest of the first disc is filled out with songs that have appeared as B-sides to the album's singles, as well as on other compilations from The Posies.

The second disc features an additional 21-tracks that mix together more previously unreleased tracks with songs that were featured on The Posies compilation "At Least At Last." The quality of the tracks are excellent for being mostly demos that were never expected to be released officially. Highlights include alternate versions of the songs "20 Questions" and "How She Lied By Living," along with the classic feel of "Fall Song" and the full band, bluesy version of "Coming Right Along." To find out more about this new deluxe reissue of The Posies' "Frosting On The Beater," please visit omnivorerecordings.com.
Posted by JP's Music Blog