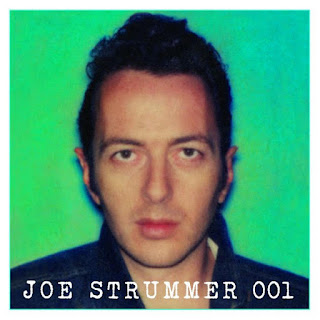 Arriving September 28th from Ignition Records is the first career-spanning set from legendary punk-rocker, Joe Strummer. The new box set titled "Joe Strummer 001," features 35-tracks that mix together songs from his bands (101ers and The Mescaleros) outside of The Clash, along with solo work and unreleased songs. The set will be released in a number of formats, including quadruple heavyweight vinyl, double CD and digital.

The beginning of the set takes some of Strummer's best work and spreads it across two, of the 4LP set. After a couple of early, pre-Clash song ("Letsagetabitarockin" and "Keys To Your Heart"), the majority is made up of soundtracks songs. Strummer's reggae side shines through on "Ride Your Donkey" and "Sand Paper Blues," before teaming up with the legendary Johnny Cash on "Redemption Song" and Jimmy Cliff on "Over The Border."

Fans of Joe Strummer's solo career will enjoy the dozen unreleased tracks that close out this new set. While some of the songs are repeated like "Pouring Rain," you'll be able to hear the different versions that were recorded about a decade apart. Songs from the out-of-print "When Pigs Fly Soundtrack" show Strummer enjoying a renewed pop sense, while one of the last songs to be discovered for this set is "London Is Burning," written for Joe's show at the Acton Town Hall in 2002.

The deluxe box set also includes a 7" single of demo versions of "This Is England" b/w "Before We Go Forward," both previously unreleased. Plus a raw demo version of "U.S. North" recorded by Strummer with Mick Jones in 1986 on cassette. To find more about this new compilation "Joe Strummer 001," please visit joestrummer.com.
Posted by JP's Music Blog