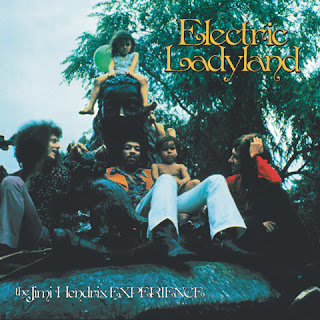 Arriving on November 9th is the release of the deluxe box set of Jimi Hendrix's pinnacle album "Electric Ladyland." This 3CD/1 Blu-ray set, celebrates the 50th anniversary of the album's release back on October 16, 1968. It includes a newly remastered version of the album from the original analog tapes, as well as an entire disc of early takes and another CD featuring the Jimi Hendrix Experience live at the Hollywood Bowl on September 14, 1968, just one month before the release of the album. The Blu-ray includes the previously released 90-minute documentary "At Last...The Beginning: The Making Of Electric Ladyland," as well as a new stereo and surround sound version of the album.

When you put on a pair of headphones and dive into this new set, you will instantly feel transported back to 1968, in the studio with the Jimi Hendrix Experience. Right from the beginning, you will notice all of the different sounds swirling around the album's opening song, "Have You Ever Been (To Electric Ladyland)" The thunderous rhythm of "Crosstown Traffic" and "Gypsy Eyes" will certain test out your speakers as the bass and drums are stronger and more intense. The in-studio jam of "Voodoo Chile" and the jazzy vibe of "Rainy Day, Dream Away" showcase how spontaneous Hendrix was with his music. You will need to look no further than, "Still Raining, Still Dreaming" and "Voodoo Child (Slight Return)" to appreciate the care that went into this remaster as the music is simply stunning. 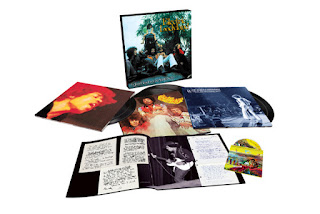 Fans of the album will certainly want to dive right into the second disc, which consists mostly of Jimi Hendrix demoing these songs with just him and a guitar. The set also includes some outtakes that did not make the final album, like the steady blues of "Cherokee Mist" and "Somewhere." You can hear the love and passion in his performance of "Long Hot Summer Night" as he builds upon the development of the song with each different take. This set also includes some never before heard glimpses to the musical mind of Jimi Hendtrix with the short acoustic "Snowballs At My Window" and the experimental jazz fusion of "Rainy Day Shuffle."
The Jimi Hendrix Experience "Live At The Hollywood Bowl" is more about the date of the show, than the performance. It only includes one track from the upcoming "Electric Ladyland" album, but does showcase how the band has grown into this monster live act, in less than 24 months. The feedback packed "Are You Experienced" breaks way to the slow blues of "Red House," before returning to the chaos of "Foxey Lady" and "Fire." The beauty of "Little Wing" gets lost in this live setting, while an early rendition of Jimi Hendrix performing the "Star Spangled Banner" leads into the classic show closer "Purple Haze." While the recording may sound rough at times, the energy that the Jimi Hendrix Experience pour into their performance is definitely felt in this newly released live show. To find out more about the new 50th anniversary release of the Jimi Hendrix Experience's "Electric Ladyland," please visit jimihendrix.com/electric-ladyland-50.
Posted by JP's Music Blog