For The First Time, Universal Music Enterprises Releases "The Best Of" U2 On Double-Vinyl 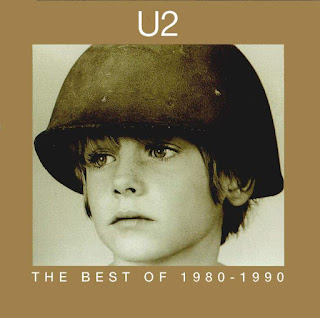 Legendary rockers U2 released their first "greatest hits" set in November 1998 titled "The Best Of 1980-1990." It was only released on CD and went straight to number one on the album charts in a number of different countries around the world. This was followed four years later by "The Best Of 1990-2000," which still topped a number of album charts around the world. Now, for the first time, each set was remastered and released on 180-gram double-vinyl.


The first set, "The Best Of 1980-1990" was released as a double-vinyl set at the end of August and displays a stellar sound to many of these well-known gems. The searing guitar of "Pride (In The Name Of Love)" and the deep bass of "With Or Without" stand out on this new remastered vinyl. You will hear little things that got buried in the CD mix of the album like the acoustic guitars of "Sunday Bloody Sunday" and the hand claps of "Desire." It is also great hearing the youthful energy in Bono's voice during the early days with "I Will Follow" and "October." 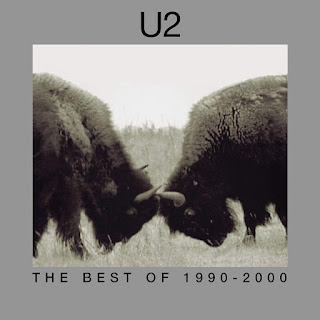 On their next "greatest hits" set, titled "The Best Of 1990-2000," it displays a more experimental side to U2's music. This newly released double-vinyl set features sixteen tracks, five of them remixed and another handful that were featured on compilations or soundtracks. The great thing once again about this set is the wonderful remastered sound. You will fully appreciate it on the Congo drums of "Mysterious Ways" and the bass work of Adam Clayton on the ballad "One." Just as stunning is the wave of sound in the form of "Gone" and "Discotheque" as both tracks were remixed by Mike Hedges for the original 2002 release of this set, but shine even brighter on this new vinyl release. To find out more about these two new vinyl releases, as well as other U2 vinyl albums, please visit u2.fanfire.com.
Posted by JP's Music Blog