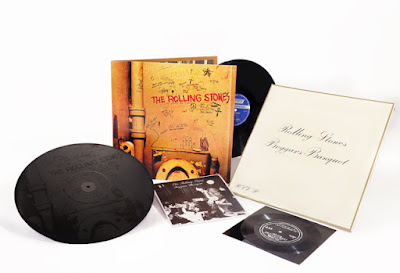 As we celebrate the 50th anniversary of some iconic albums, like The Jimi Hendrix Experience "Electric Ladyland" and The Beatles' "White Album," let's not forget that The Rolling Stones also released a monumental album, "Beggars Banquet." It is the last album that was fully recorded with the band's original line-up of Mick Jagger, Keith Richards, Brian Jones, Bill Wyman and Charlie Watts. It also includes two of the band's biggest hit singles, "Sympathy For The Devil" and "Street Fighting Man." "Beggars Banquet" was a return to the band's roots, after their 1967 psychedelic trip "Their Satanic Majestic Requests," as it featured a more stripped-down sound.

To celebrate the 50th anniversary of the album, ABKCO Records released a new remastered, 180-gram vinyl package, which also includes the 12" mix of "Sympathy Of The Devil" and a flexi-disc containing a 1968 interview with Mick Jagger. The sound on this new vinyl is so spectacular, that you just want to raise the volume as loud as you can and float back in 1968 all over again. You can hear every strum of the guitar on "Parachute Woman" and feel the dirtiness of "Stray Cat Blues." The tapping of piano keys during the studio jam of "Jig-Saw Puzzle" and the sweet country acoustics of "Prodigal Son" are pure bliss, as you finally hear this music the way it was intended.
The double LP set comes housed with it's original, banned "toilet" cover with the less offensive "wedding invitation" included as a slipcase. On the flip-side of the "Sympathy For The Devil" 12" single is an etching of the album's original cover. To find out more about this new 50th anniversary release of The Rolling Stones' "Beggars Banquet," please visit abkco.com. 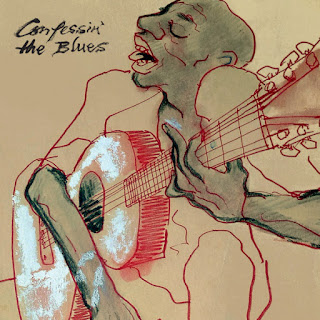 Speaking of The Rolling Stones, we get a brand new compilation of some of the biggest blues artists of all time, handpicked by The Stones for this release. This new 2-CD, or 2x2 vinyl set, titled "Confessin' The Blues" includes 42 of the original blues hits from such legendary artists as Muddy Waters, John Lee Hooker, Howlin' Wolf and Bo Diddley and that's only scratching the surface of what is included in this set.

The blues played such an important roll into the development of The Rolling Stones, that the band members felt the need to pay homage to the genre by picking their favorites. Guitarist Ronnie Wood has described the blues as "how Mick (Jagger) and Keith (Richards) first got close." The cover art of this new release is also an original painting of Woods. Proceeds from the sales of this set, benefit the Willie Dixon Blues Heaven Foundation.
All of the tracks in this set are blues standards, to which all other blues songs came from. You have "Key To The Highway" by Big Bill Broonzy" and "Stop Breakin' Down Blues" by Robert Johnson, which laid the groundwork for Otis Rush's "I Can't Quit You" and Buddy Guy's "Damn Right I've Got The Blues." As you listen to this amazing set of music, you can follow the common thread that binds the blues together, no matter the artist. With this release, school is in session and The Rolling Stones, who started out their career singing the blues, have provided the perfect criteria of what it takes to sing the blues. To find out more about "Confessin' The Blues," please visit rollingstones.com.
Posted by JP's Music Blog