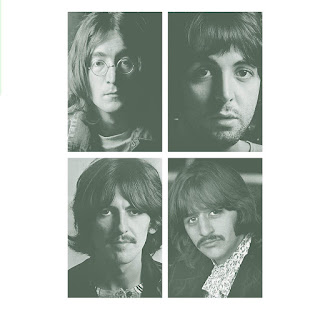 Last year, producer Giles Martin (son of the famous producer George Martin) did the unthinkable, when he took The Beatles' holy grail ("Sgt. Pepper's Lonely Hearts Club Band") and remixed it for its 50th anniversary. The gamble was a huge success. Fans were able to rediscover the album in a way they never have before and it also introduced a new legion of Beatles fans to their music. Now, Martin is looking to double-up the ante with a new remix of The Beatles' beloved "White Album." To celebrate the double-album's 50th anniversary, Apple Corp Ltd./Capitol/UMe will be releasing a brand new remixed version of the album on November 9th.

This new release features an entirely new remix of the famous "White Album," done with the care of Giles Martin. He "peeled back the layers" of sound that was recorded to discover other elements buried within the music. Listening to this new 2018 remix, you will instantly discover subtle difference like the hand claps during "Back In The U.S.S.R." and the wonderful orchestration of "Glass Onion." The powerful guitar work of "While My Guitar Gently Weeps" comes crying out from your speakers, while the gentle acoustics of "Blackbird" sound more pure and honest. The clarity of "Piggies" allows you to examine all that went into its recording, as does the 8-minute epic sound collaboration "Revolution 9." You can feel the strain in John Lennon's vocals as he belts out the lyrics to "Yer Blues" and finally appreciate the wonderful work of the album's hidden gem, "Long, Long, Long." 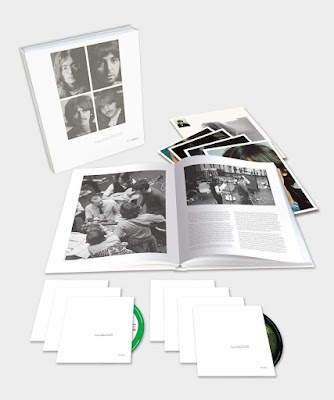 This new remix of The Beatles' "White Album" comes in a few different versions, which includes a deluxe six CD/Blu-ray set that features three discs worth of studio sessions. A cheaper three CD set is also being released, which features the new 2018 remix of the "White Album" and a entire disc devoted to the famous "Esher Demos." These demos were recorded over a three day span that the members of The Beatles spent at George Harrison's flat. This 27-track disc includes acoustic versions of 19 of the songs that appeared on the "White Album." The other eight songs are early recordings of songs that did not appear on the original release of the album.
Let's just say that this is the best sounding version of the "Esher Demos" to ever surface officially or unofficially. Producer Giles Martin does an amazing job bringing these demos to life, by lifting the guitar and voices to the same level and displaying the creativity that The Beatles were putting into each of their songs during this period. You can almost feel the fun they were having, re-inventing themselves during the acoustic takes of songs like "Ob-La-Di, Ob-La-Da" and "Everybody's Got Something To Hide Except For Me And My Monkey." The starkness of "While My Guitar Gently Weeps" and "Julia" is pure listening pleasure and you can hear the emotion they put into these early recordings. The disc also includes early versions songs that the members of The Beatles would eventually use on their solo albums, like "Junk," "Child Of Nature" and "Circles." While many have thought that the "White Album" was the beginning of the end for The Beatles, this new insight shows a comradely between the guys that would last a lifetime.
This new remix of The Beatles' "White Album" will also be released as a double-vinyl set and a quadruple vinyl set (with the "Esher Demos"). To find out more about this outstanding new 50th anniversary release of this iconic album, please visit thebeatles.com.
Posted by JP's Music Blog