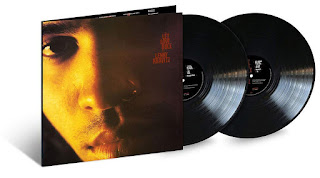 In honor of the 30th anniversary of the debut album, "Let Love Rule" from Lenny Kravitz, Virgin/UMe will be releasing the entire album, for the first time on vinyl. This new 180-gram, double-LP set not only includes a beautifully remastered sound, but also includes three tracks that were previously only available on CD.

The thumping bass of "Freedom Train" will certainly rattle your speakers and wake up your neighbors. Kravtiz's sound on this debut release was so experimental that he did not stick to one genre. There is the blues of "My Precious Love," the funk of "Fear" and the grunge-like rock of "My Cab Driver." As Kravitz handled most of the instruments himself, you begin to get a sense of where his powers lie as he showcases the delicacy of "Rosemary" and the rock assault of  "Flower Child." This new vinyl release gives fans the cleanest, clearest version of the album to every be released to this point. To find out more about this new vinyl re-issue of "Let Love Rule," please visit facebook.com/lennykravitz. 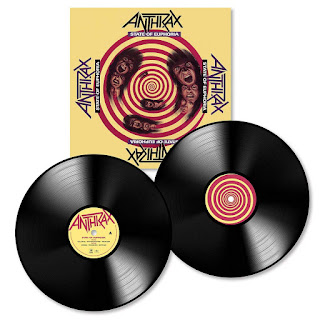 Another album celebrating its 30th anniversary is the fourth release from thrash metal giants, Anthrax. Their album "State Of Euphoria" followed the mega-successful "Among The The Living" and delivered a more aggressive, less commercial sound, despite containing one of their biggest hits "Antisocial."

To celebrate the album's anniversary, Island Records/UMe released a 2-LP set and a 2-CD set of the album, with 15 bonus tracks. The original ten song album was remastered for this release, as you can hear that extra punch in the drums of "Out Of Sight, Out Of Mind" and "Who Cares Wins." The chugging guitars of "Misery Loves Company" and "Finale" will simply rock your speakers with its new cleaner sound. The first CD disc closes with an additional six tracks that were released as B-sides to the songs "Antisocial" and "Make Me Laugh." These six bonus tracks also appear on side 4 of the double-vinyl anniversary release of the album.
The second disc of the 2-CD set contains nine tracks dubbed "Charlie's Archives," as they feature demo versions to almost every song on the album. As you listen, you are given insight into the development of this music as the tapes were just rolling when Anthrax were recording at Quadradial Studios in Miami, FL. It is really great to be given this access into how these metal giants created some of their masterpieces. To find out more about this new 30th anniversary release of Anthrax's "State Of Euphoria" album, please visit anthrax.com.
Posted by JP's Music Blog