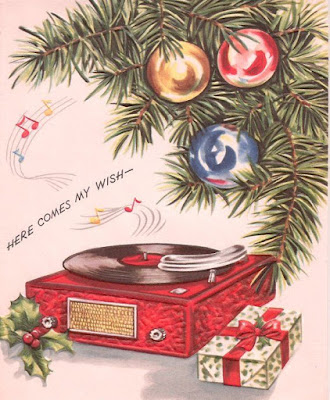 With just over a week left until Christmas, here are some helpful hints for presents for the music fan in your life. If you're looking to "WOW!" them, they look no further than the amazing 50th anniversary box sets from The Beatles, The Rolling Stones and Jimi Hendrix. 1968 was an amazing year for music, The Beatles and The Rolling Stones stripped down their sound from their releases of the previous years, while Jimi Hendrix let all his experimentation flow through the studio.

The Beatles' "White Album" was recently remixed and re-released in a number of different formats, including a 6-CD/Blu-ray set that includes the magnificent "Esher Demos," as well as three full discs of outtakes from the "White Album" sessions. The Rolling Stones revisited their masterpiece, "Beggar's Banquet" by re-releasing the album on 180-gram vinyl with a bonus 12-inch version of the single "Sympathy For The Devil," as well as a flexi-disc of a rare Japanese interview with Mick Jagger. Jimi Hendrix released his final studio album "Electric Ladyland" in 1968, and to celebrate Sony Legacy/Experience Hendrix released a 3-CD/Blu-ray box set, which included rare recording sessions and a previously unreleased live show from the Hollywood Bowl.
Another great anniversary release includes the new 40th anniversary set of Rush's 1978 masterpiece "Hemispheres." The 2-CD or triple-vinyl set includes the 2015 remaster of the "Hemispheres" album (never before released on CD) as well as the previously unreleased live set from Rush at the Pinkpop Festival. New vinyl releases from Lenny Kravitz and Anthrax highlight the 30th anniversary of their albums, "Let Love Rule" and "State Of Euphoria," respectively.
If you're looking for music a little more modern, then look no further than the newly released Chris Cornell box set. It features four discs worth of material that covers all of Cornell's bands (Soundgarden, Audioslave, Temple Of The Dog), as well as his amazing solo work. The real treasure of this set, is the live music that Cornell recorded acoustically, including covers of songs from Michael Jackson, Prince and Metallica. Another great gift is the new live album from classic progressive rockers, King Crimson. Their new 3-CD/Blu-ray set titled "Meltdown," features the band live in Mexico, performing some of the best music of their nearly 50 years of existence.
More stand-outs that need to be under the tree this year include the latest volume of the ongoing Bob Dylan "Bootleg Series." Fans have been waiting patiently for this set from Bob Dylan titled "More Blood, More Tracks." It features all of the session recordings that Bob Dylan made in New York for his album "Blood On The Tracks." The mostly acoustic takes display Dylan at his most intimate, as you can follow along to the development of each song featured on that classic album. Another must-have is the new eight disc set featuring "R.E.M. At The BBC." It contains every visit R.E.M. made to the BBC throughout their 30 year career. It includes two full shows, as well as early unplugged ideas. Hopefully these ideas will help put a smile on your music fan's face come this December 25th.
Posted by JP's Music Blog