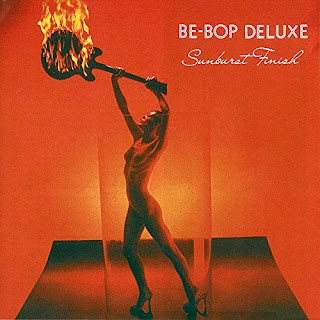 Seventies English progressive rock band, Be-Bop Deluxe released five albums during their short six year career, but one of those albums is getting the deluxe treatment. Esoteric Recordings is reissuing the Be-Bop Deluxe album "Sunburst Finish" as a 3 CD/1 DVD set. It features a brand new remaster of the album from the original recording tapes, along with a whopping 39 bonus tracks.

The first disc features the original ten track album, with the addition of one bonus track, the single-version of "Ships In The Night." This album would be Be-Bop Deluxe's break through on the U.K. music charts with the perfectly crafted songs "Heavenly Homes," "Life In The Air Age" and of course "Ships In The Night." Disc two includes a brand new stereo mix of the album that is perfectly crafted for your headphones, as the music "Crying To The Sky" and "Crystal Gazing" swirl around your head. Also included on this disc are early versions of "Ships In The Night" and "Beauty Secrets" as well as alternate vocal takes.
The third disc features Be-Bop Deluxe live on the BBC as they perform songs from their "Sunburst Finish" album, as well as early tracks like "Sister Seagull" and "Third Floor Heaven." The DVD in this set, features a new 5.1 surround sound mix of the album, along with their appearance on the "Old Grey Whistle Test" show. To find out more about this new deluxe edition of Be-Bop Deluxe's "Sunburst Finish" album, please visit cherryred.co.uk. 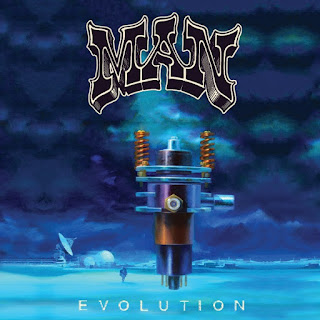 U.K. psychedelic/progressive rock band, MAN, collected four of their most recent studio albums, along with the "official bootleg" of their 1976 show in Berkeley, CA. MAN existence has lasted five decades, with a number of different line-ups, but this new set titled "Evolution" showcases their work from the turn of the century, plus their comeback album "The Twang Dynasty."

This new 6 CD set was released back in November through Purple Pyramid Records (Cleopatra Records) and each album is represented in its own jacket that represents the original album artwork. This set also includes new liner notes from music historian Dave Thompson, but fans will definitely enjoy the live double album titled "Live At The Keystone." It feature the band in their seventies, progressive rock glory and Quicksilver Messenger Service guitarist John Cipollina sits in with the band on this raw, rocking show. To find out more about the new MAN box set, "Evolution," please visit cleorecs.com.
Posted by JP's Music Blog