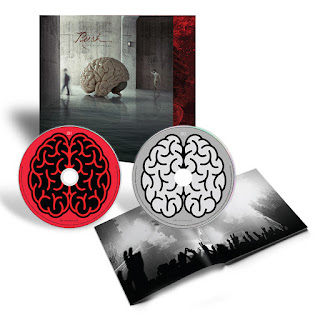 This year marks the 40th anniversary of one of Rush's most progressive albums, "Hemispheres." After the success of their previous two albums ("2112" & "A Farewell To Kings"), Rush tried to push the boundaries of their music, especially with their 18-minute, complex suite, "Cygus X-1 Book II: Hemispheres." This album ended up taking so much time and energy from the band, that they would not return with another new album for two more years.

This new deluxe, 40th anniversary release came out on November 16th as a 2-CD set and a triple-vinyl set, which includes a previously unreleased live show from 1979. The set includes the 2015 remastered edition of the album, which will appear for the first time on CD. The sound is simply amazing, as Rush, along with UMe, continue to deliver a masterful collection of Rush material. The remaster especially shines on the quiet acoustics of "The Trees" and the grand, guitar-led epic "La Villa Strangiato."
While most die-hard fans may already have the bonus concert in bootleg form, which was recorded at the Pinkpop Festival in June 1979, this is definitely the first time that it ever sounded this good. Almost the entire show is present, except for the entire "2112" suite. The Pinkpop Festival was originally recorded for a possible live album release, following the release of the "Hemispheres" album, but the idea was eventually shelved. Now, Rush fans can rejoice at having almost the entire show present in amazing quality. This new anniversary set does include a version of "2112," recorded seven months earlier during a "Hemispheres" tour stop in Tuscon, AZ. The sound is a bit rough, nowhere near high-quality, but the historic value and performance more that makes up for the recordings imperfections. To find out more about this great 40th anniversary edition of Rush's "Hemispheres" album, please visit rush.com.
Posted by JP's Music Blog