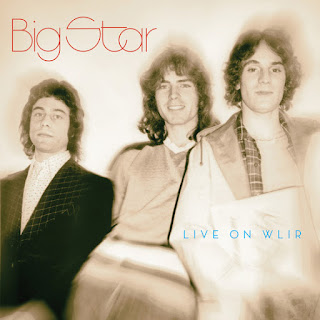 Following the release of their second album, "Radio City," Big Star performed live at Ultrasonic Studios in New York and it was broadcast on the city premier rock radio station, WLIR-FM. The set was first issued back in 1992, simply titled "Live," but has since gone out of print. Now on January 25, it is being re-issued on CD and for the first time on vinyl.
The band's fifteen-song set covers all the basis of their first two albums, along with a short three-minute interview segment. The band's sound is especially raw during the recording of songs like "Mod Lang" and "In The Street." Big Star also perform a short acoustic set, which is highlighted by their cover of Loudon Wainwright III's "Motel Blues." This new amazing set only adds to the legacy of the band as Omnivore Recordings continues to revise their catalog of recordings. To find out more about Big Star and their new live release "Live On WLIR," please visit omnivorerecordings.com.
Posted by JP's Music Blog