Record Store Day (April 13th) is a day for music labels to release exclusive material and special editions of albums, usually on vinyl, to local record shows in order to drum up business and recognition. Each year, the list seems to grow larger and larger with these special releases. Four of these so-called "special releases" will arrive from the Omnivore Recordings label, with two of them also being released on CD for the first time. 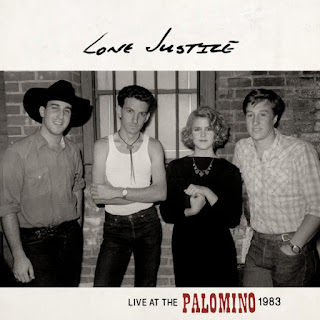 Eighties country rock band Lone Justice made an impact on the music charts with their self-titled debut album and the singles "Ways To Be Wicked" and "Shelter." The flame burned out quickly with the release of the second album "Shelter," as the band parted ways. Prior to the release of their debut album, Lone Justice was a staple on the L.A. club circuit and one of their early shows was recorded and will be released on April 12 on CD and April 13 on vinyl.
Lone Justice performed "Live At The Palomino" in 1983 and quickly ran through their 12-song set with the classic country sounds of "Drugstore Cowboy" and "Dustbowl Depression Time." Many of these songs did not appear on the band's debut album, as Lone Justice were engulfed in the cowpunk scene in the early eighties. They swiftly ran through the songs "Cotton Belt" and "I See It," before reaching their energetic cover of Merle Haggard's "Working Man's Blues." They wrap up their show with the stomp rhythm of "Working Late" and their super-sped up cover of "Jackson." 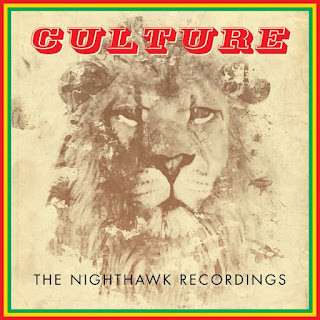 Another special release comes from legendary reggae band, Culture. This new release features the band's earliest recording of their song "This Time," which was originally only available on an obscure Jamaican single. Also included on this new seven-track EP are songs that were featured on the 1982 Nighthawk compilation "Calling Rastafai," as well as couple of Culture recordings that have stayed in the Nighthawk vaults for over 35 years. Omnivore Recordings have gathered together these hard to find tracks for this new release and simply titled it "The Nighthawk Recordings." It will also be released on April 12 on CD and April 13 on vinyl for Record Store Day.
Two other Record Store Day releases arriving from Omnivore Recordings include the original recording of Woody Guthrie's song "I Don't Like The Way The World's A-Treatin' Me," along with a  new accompanied version from Wilco's Jeff Tweedy. The flipside of this new 10" vinyl features two versions of Guthrie's song "Beech Haven Ain't My Home," performed by U.S. Elevator and another with Ani DiFranco featuring Tom Morello. The other release is a vinyl edition of Dennis Quaid & The Sharks' album "Out Of The Box," which was originally released on CD back in November 2018 (review: jpsmusicblog.com) To find out more about this four special releases for Record Store Day, please visit omnivorerecordings.com.
Posted by JP's Music Blog