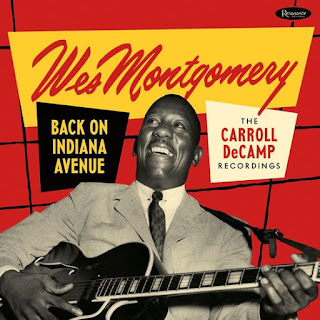 Back on April 19th, Resonance Records released its latest wave of previously unreleased jazz treasures from Wes Montgomery and Bill Evans. The new Wes Montgomery album titled "Back On Indiana Avenue: The Carroll DeCamp Recordings," is the sixth release to feature unheard recordings from jazz guitarist Wes Montgomery during his transition from band member to band leader. This new two-disc set features 22-tracks that are broken down into three categories.

The first half of the disc one features the piano quartet (with guitar, bass and drums) performing songs that would appear on Wes Montgomery's first two albums as a band leader. The band would run through early versions of Miles Davis numbers "So What" and "Tune-Up," along with versions of Thelonius Monk's "'Round Midnight" and Edward Redding's "The End Of A Love Affair." The second half of the disc has Montgomery leading his organ trio through originals like "Jingles" and Horace Silver's "Ecaroh."
The second disc features the Wes Montgomery trio performing early versions of such standards as "Stompin' At The Savoy," "Summertime" and "Between The Devil And The Deep Blue Sea." Montgomery seems more comfortable in this smaller group setting, as he becomes more experimental and energetic with his guitar playing on this group of songs. This new set also includes full-color, 44-page booklet with brand new essays by jazz guitarists George Benson and John Scofield, who were both influenced by the music of Wes Montgomery. To find out more about the new Wes Montgomery release "Back On Indiana Avenue: The Carroll DeCamp Recordings," please visit resonancerecords.org. 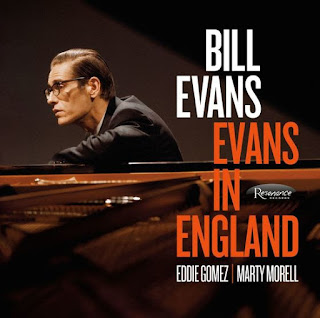 The set begins with the energy of George Gershwin's "Our Love Is Here To Stay" and continues with "Stella By Starlight," before slowing down for the ballad "My Foolish Heart." The first disc closes with the band jamming to Thelonius Monk's "Round Midnight," before the sweeping melody of "The Two Lonely People" and "Who Can I Turn To (When Nobody Needs Me)."
The second disc picks up with the swinging tempo of Earl Zindars "Elsa" and the quieter ballad "What Are You Doing The Rest Of Your Life." The set continues to mix Evans' originals like "Turn Out The Stars" and "Very Early" with covers of Miles Davis' "So What" and Harold Arlen's "Come Rain Or Come Shine." They close with the playfulness of "Midnight Mood" and "Polka Dots And Moonbeams."