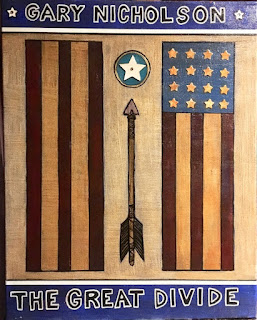 American singer/songwriter Gary Nicholson is preparing to release two brand new studio efforts on June 7th. The first one is Nicholson's own "The Great Divide," the second titled "More Days Like This" comes from Nicholson's alter-ego, Whitey Johnson. Both albums will be released through Blue Corn Music and should bring Nicholson's fans together, whether its his own original folk appeal or alternate music from his "obscure bluesman" alter-ego.

Nicholson's new roots-filled album "The Great Divide" features eleven tracks, beginning with his prayer for "God Help America." It's a modern patriotic anthem that simply tells the truth about the troubled times in this country. He sweetens his sound with the soulful strumming of "Soft Spot" and the inspirational lyrics of "Immigrant Nation." Gary takes on the political choices of our countries leaders with the blues of "The Great Divide," before picking the tempo up for the gospel-like delivery of "Hallelujah Anyhow." Gary Nicholson finishes up his new album with the storied tales of "Blues In Black And White" and the positive message of "Choose Love." 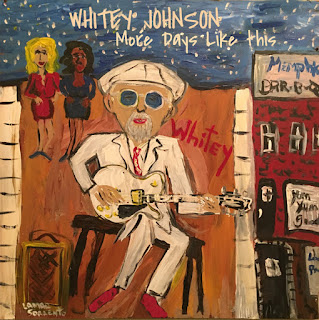 Now, on the flipside we have the new ten track album from Whitey Johnson titled "More Days Like This." The album kicks off with the swinging rhythm of the title song "More Days Like This" and the Southern guitar boogie of "Soulshine." Johnson slow down for the rhythm and blues ballad "If Its Really Gotta Be This Way," before delivering the burning rocker "The Blues Is Alive And Well." Whitey Johnson wraps up his new album with steady blues recollection of the "Upside Of Lonely" and the swift pace of "High Time."
Gary Nicholson has a handful of shows in Texas in June and California in September. For a complete list of tour dates and to find out more about his two new releases, please visit garynicholson.com.
Posted by JP's Music Blog