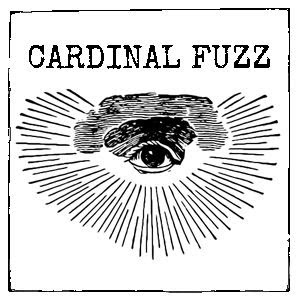 Arriving on May 17th, is the brand new double-vinyl release from instrumental rock band, Dead Sea Apes. Their new album features only seven songs, but each one is an adventure into the dark, moody sounds of the band's latest work. They begin with the steady guitar buzz of "The Dispossessed" and the more subtle, atmospheric tone of "Falling Moon." Dead Sea Apes definitely look to experiment with the guitar sound, as they create a melody of chords for "Diaspora," before stretching their music out for over twenty minutes of "The Free Territory." They wrap up their new album with the quietness of "Sub Rosa" and the solid, single guitar strike of "Stateless."

Next up is the new full-length release "Tidal Mind" from the alternative rock band, Dreamtime. Their new album features only six tracks, beginning with the build-up of "Mourning Star," as Dreamtime are ready for liftoff. They deliver a more monotone sound to the storied, spoken-word vocals of "Emerald Sea," before delivering the big rock sound "Of Nautilus Descent." Dreamtime finish up their new album with the psychedelic soundscape of "Tidal Mind" and the more aggressive, energetic appeal of "Liquid Light Phase."
Next, is the new 30-minute, mind-expanding sound of The Myrrors with their new album "Curved Entrance." It features only two songs ("Inscribe The Night" and "Remaining Sky/Lost Beginning"), as they take you on a journey into your thoughts and dreams with their subtle build up of instrumentation. Early Pink Floyd influences are hear all throughout "Inscribe The Night," while "Remaining Sky/Lost Beginning" comes searing through your speakers.
Finally we arrive at the new live album from the musical project, Birth. This new release captures the band "Live In Tucson," performing a new 25-minute improvisational piece. The music builds with subtlety and trance-like melodies that look to set your mind as ease, as you explore and focus on the sound which is given to the audience. To find out more about these new releases from the Cardinal Fuzz label, please visit cardinalfuzz.bigcartel.com.
Posted by JP's Music Blog