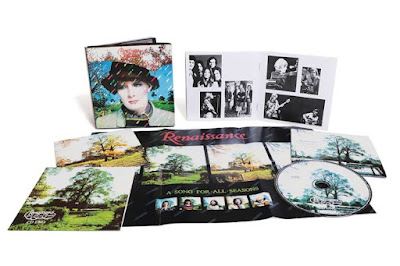 The Esoteric Recordings label is rewarding fans of the symphonic rock band Renaissance with a set of new expanded and remastered versions of their albums "A Song For All Season," "Ashes Are Burning" and "Prologue." All three albums have been remastered from the original tapes and include loads of extras like BBC recordings, live concerts and previously unreleased material.

The 1972 album "Prologue" was the band's third release, but included no original members at the time, so it is often referred to as the band's debut album. The new expanded version of the album only features one bonus track, the single version of the song "Spare Some Love," which has been previously unreleased on CD, until now.
Renaissance quickly followed that album up with "Ashes Are Burning," which got the band on the U.S. charts back in 1973. It is the band's first album to feature a full orchestra performing alongside the band, during the recording sessions. This new expanded version of the album features three bonus tracks that were recorded live on BBC Radio's "In Concert" show from January 1974. The three songs featured are the album's two opening tracks "Can You Understand" and "Let It Grow," along with a nearly thirteen-minute version of "Ashes Are Burning."
The band would not break through onto the U.K. charts until the release of their 1978 album "A Song For All Seasons," which was a hit on both sides of the Atlantic. This new expanded version of the album includes the previously unreleased CD tracks "Northern Lights" (promotional single edit) and the "Tops Of The Pops" version of the song "Northern Lights." There is also a trio of tracks recorded at the BBC in August 1978, as well as the complete show from the Tower Theater in Philadelphia, December 1978 that takes up two CDs. The show sounds amazing, as some of the tracks have appeared on other Renaissance releases, but appear here, together for the first time on this new release. 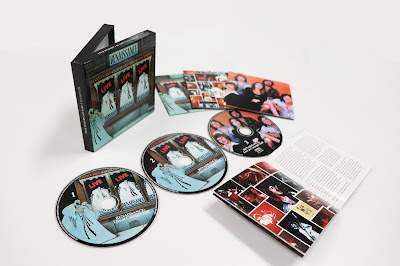 Esoteric Recordings is keeping the ball rolling with a new remastered and expanded 3 CD release of Renaissance's famous 1976 live album "Live At Carnegie Hall." This new release was also remastered from the original recording tapes and includes six bonus tracks. The rare song "Kiev" has been restored and the entire third disc of this set is comprised of a previously unreleased live concert from the BBC archives from March 1976. This hour long piece was originally broadcast on the BBC's "In Concert" series and features only a handful of songs, including a twenty-six minute version of their epic suite "Song Of Scheherazade." To find out more about all these great new Renaissance releases, please visit cherryred.co.uk.
Posted by JP's Music Blog