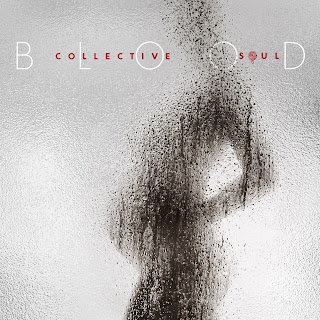 Nineties rock band, Collective Soul have returned with their first new album in four years titled "Blood." Collective Soul have topped the U.S. Mainstream music charts all throughout the nineties and may be best know for their top ten single "Shine." They have consistently delivered great music and this new album may be their hardest rocker in the last decade or so.

The new ten-song release begins with "Now's The Time," which features the well-known vocals of E Roland and a chugging guitar melody that will simply get lodged in your memory. They take the energy up another notch with the raw rocker "Over Me" and the Tom Petty-esque melody of "Right As Rain." They still know how to grab on to your emotions with the power ballads "Them Blues" and "Changed," before closing up their new album with the uplifting, beautiful harmonies of the relaxed "Porch Swing."
Collective Soul are heading out on the road this summer with fellow nineties rockers the Gin Blossoms for the "Now's The Time Tour." For a complete list of shows and to find out more about Collective Soul's new album "Blood," please visit collectivesoul.com. 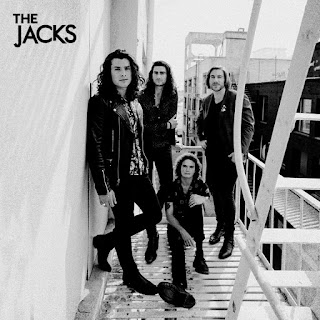 Arriving the following week, on June 28th through Edgeout Records/UMe is the self-titled debut release from The Jacks. This four-piece band combine their love of southern rock with their influences of '60s and '70s rock to make some amazingly addictive songs. The new five-song release begins with the big guitar riffs of "Who Are You" and the album's lead single "Walk Away" (video: youtube.com). The band have developed their raw, classic hard rock sound performing gigs for the last three years up and down the Sunset Strip. They showcase a more melodic pop tone with "Hello My Friend," before closing out their new album with the steady hard rock pace of "Understand." To find out more about The Jacks and their latest release, please visit thejacksbandla.com.
Posted by JP's Music Blog