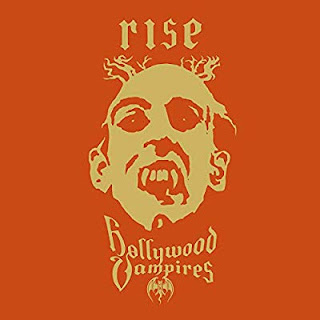 Hard rock supergroup the Hollywood Vampires return with their second full-length album titled simply, "Rise." It will be released on June 21st through earMusic and the band continues with the explosive trio of Alice Cooper, Joe Perry and Johnny Depp. Unlike the band's 2015 debut album, this new release features the band's first set of original material, with a few covers thrown in for good measure.

The new set begins with the seven-minute energetic blast of "I Want My Now," which finds the perfect blend of Cooper's vocals and the dual guitar attack supplied by Perry and Depp. The band gets down and dirty on the gritty rock tone of "Who's Laughing Now" and show a little tribute to the classic British blues sound of "Welcome To Bushwackers," which features support from Jeff Back and John Waters.
The first of three cover songs that appear on this album is Johnny Thunder's "You Can't Put Your Arms Around A Memory," sung by Joe Perry. The song's raw "grungy" tone fits Perry's deep vocals perfectly. Next, Johnny Deep takes on David Bowie's "Heroes" with a flawless execution, as it sounds almost identical to the original. The Hollywood Vampires close out their new album with the pounding rhythm of "New Threat" and the album's final cover song, "People Who Died," which feel like a modern punk anthem. To find out more about the Hollywood Vampires and their latest release "Rise," please visit hollywoodvampires.com. 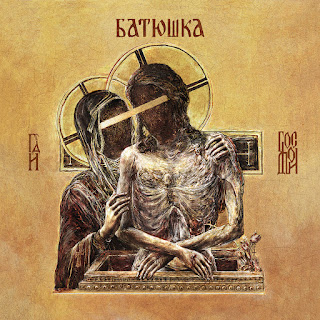 Arriving later on July 12th, through Metal Blade Records, is the latest release from Poland's premier metal band, Batushka. Their new album titled "Hospodi" features ten tracks, all sung in their native language. While you may not understand any of the lyrics, the music's intense rhythm during "Wieczernia" and the extreme heavy metal attack of "Polunosznica" is enough to appreciate the passion Batushka have for their music. The thrash-like metal attack continues with the chugging guitars of "Utrenia," before finishing with epic, progressive metal assault of "Tretij Czas" and the slow-moving sonic blast of "Liturgiya." To find out more about Batushka and their latest release "Hospodi," please visit the band's Facebook page at facebook.com/Batushkaband.
Posted by JP's Music Blog