The Alarm Continue Their Triumphant Return With "Sigma" 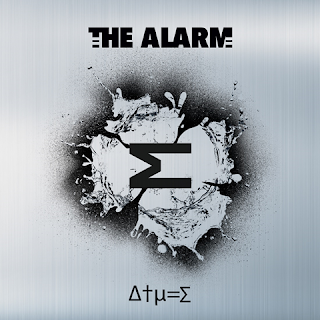 The Welsh alternative rock band, The Alarm want to make 2019 their biggest year ever. Earlier this year, they reissued their 1985 album "Strength" as a deluxe 2-CD edition. The album gets remastered from the original master tapes and includes the rare B-sides "Majority" and "Caroline Isenberg." It also includes the 7" single versions of their hits "Strength" and "Spirit of '76," along with an acoustic version of "Absolute Reality." An additional 25-track disc of bonus material is included and is filled with studio sessions and outtakes recorded during the making of the "Strength" album. Highlights include covers of "Communication Breakdown," "Maggie May" and "Maggie's Farm" along with an improvisational jam session.

Also happening this year is the release of The Alarm's brand new studio album titled "Sigma." It features a dozen tracks and will be available on June 28th through Concord Bicycle Music on CD and on vinyl. The album kicks off with the sonic blast of "Blood Red Viral Black," which features a contribution from The Cult's Billy Duffy, giving the song that edgier guitar sound. The energy continues with flow with the classic Alarm sound of "Can You Feel Me?" and "Love And Understanding." Sandwiched in-between is the more melodic pop tone of "Time" and the politically charged build-up of "Equals," featuring The Alarm's original guitarist, Dave Sharp.
The album closes with the new wave-type rocker "The White Count," which is only included on the CD edition and the nostalgic eighties sounding "Armageddon In The Morning." The Alarm will be spending the summer on the road with fellow alternative rockers Modern English and Gene Loves Jezebel. For a complete list of shows and to find out more about their new album "Sigma," please visit thealarm.com.
Posted by JP's Music Blog