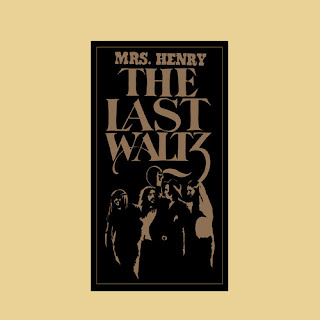 From San Diego, CA comes the straight-up classic rock sounds of Mrs. Henry and their latest adventure, a complete reworking of The Band's "The Last Waltz." The band decided to take on this adventure at The Belly Up in San Diego to pay homage to this timeless event in rock music. The band also decided to invite 30 of their friends along to help them out, just like The Band did back in 1976.

After months or preparation, Mrs. Henry pulled off the amazing task with flying colors, with help from Stephen Kaye (Ziggy Marley) to mix it and Joe Bozzi (Neil Young, Joni Mitchell) to master it. The band tried to stay as true as possible to the original concert's set list, performing a trio of The Band's originals ("Up On Cripple Creek," "The Shape I'm In" and "It Makes No Difference"), before inviting the first of their friends along to perform a roaring version of "Who Do You Love." Listening to this new interpretation of song from "The Last Waltz," the similarities are uncanny, as you can hear the second coming of Dr. John's "Such A Night" and Muddy Waters' "Caldonia." The first disc closes with couple of The Band's favorites, "Rag Mama Rag" and "The Weight," with Emmylou Harris' "Evangeline" sandwiched in between them.
The second disc kicks off with cover of "Further On Up The Road," "Helpless" and "Coyote," before diving back into The Band's music. Mrs. Henry does an outstanding job matching the song to the singer, as if Neil Diamond returned to sing "Dry Your Eyes" and a younger version of Bob Dylan showing up to perform "Hazel." The show wraps up with the entire cast performing "I Shall Be Released" and "Don't Do It." Mrs Henry's version of "The Last Waltz" will be released on July 12th, as a three LP set, a two CD set and also digitally. To find out more, please visit mrshenry.com .
Posted by JP's Music Blog