Bill Bruford Boxes Up His "Earthworks" Collection, While Pat Travers Lets It "Swing!" 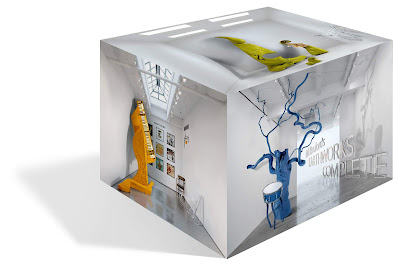 British musician Bill Bruford has performed with some of the best progressive rock bands to ever exist (Genesis, Yes, King Crimson), but his latest release is focused on his jazz ensemble, Earthworks. The Earthworks band lasted for 20 years and created some of the U.K.'s finest pieces of music between 1987-2006. Now, a 20-disc box set has been released, covering everything that Earthworks has ever created, along with a few uncovered gems. One of the most exciting parts of this new set is the CD labeled "From Conception To Birth," which features 17 tracks that showcases 8 songs in both their demo versions and in their finished form. Great pieces of music like "Pressure" and "Original Sin" are presented to show how much the songs have evolved.

Another great addition to this set is the live album "Earthworks In Santiago, Chile." This 11-song set highlights many of the band's high quality musicianship, as they lock into the groove of songs like "Revel Without A Pause" and "Triplicity." Bruford's exceptional drumming is spotlighted on the track "The Wooden Man Sing And The Stone Woman Dances," before the band closes the show with the swinging rhythm of "Footloose And Fancy Free."
Now, 20 discs may seem like a lot to take in, so there is a "best of" collection titled "Heavenly Bodies Expanded." It includes 23 tracks spread across two CDs. The full band is in all their glory on the upbeat opening track "Stromboli Kicks" and also on "Up North." Bill lets loose on "My Heart Declares A Holiday" and again on "Gentle Persuasion" in order to give each song its own personality. To find out more about Bill Bruford's new "Earthworks Complete" box set, please visit billbruford.com. 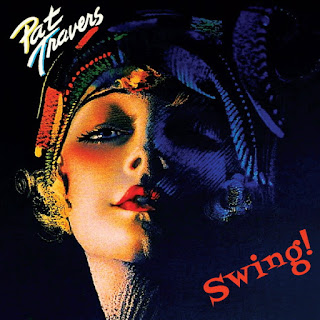 Canadian rock guitarist Pat Travers is stepping away from the classic rock scene that he helped perfect over the last 40 years, to try his hand at some big band melodies. Travers new album "Swing!" features eight tracks that give him a new avenue to let his creativity fly, beginning with the uptempo, swinging rhythm of "Sing, Sing Sing." Travers replaces the horns with his electric guitar work, as drummer Tommy Craig helps lead the way. Bassist Dave Pastorius lays down a funky groove for "Is You Is Or Is You Ain't My Baby," while Pat Travers' vocals and guitar work gives the song a blues appeal. The band seem to have fun with Glenn Miller's "In The Mood" and Duke Ellington's "Take The 'A' Train," before closing with the gentle ballad of "Tenderly." To find out more about Pat Travers and his latest release "Swing!," please visit his Facebook page at facebook.com/pattraversband.
Posted by JP's Music Blog