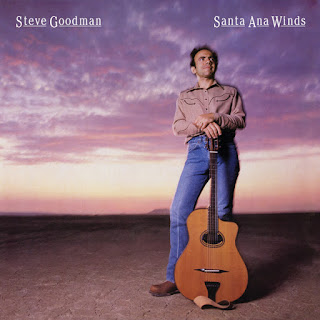 As Goodman was battling leukemia, he quickly entered the recording studio with his backing band (the Amazing Eclectos), and created ten new tracks in less than a week. Unfortunately, Steve Goodman passed away shortly after those recording sessions and never got to see the release of his final studio effort, "Santa Ana Winds." Those original ten tracks are as good as anything that Goodman produced in his entire career. Songs like "The One That Got Away" and "I Just Keep Falling In Love" will have you falling in love with Goodman's music all over again. This new CD reissue includes eight bonus tracks, two of which appeared on the out-of-print Steve Goodman anthology "No Big Surprise." The other six solo acoustic performances have never been released, including the sweet, loving tale of "Homo Sapiens" and the country strumming of "Still Trying To Care," which may have been one of the tracks written for some other artist to perform. 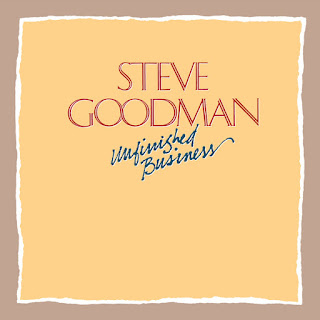 The other new, expanded release is Steve Goodman's "Unfinished Business," which features songs in all different stages of completion. The album included demos, outtakes and unissued recordings that were compiled by Al Bunetta, Goodman's longtime manager. This new reissue includes an additional nine tracks, eight which are previously unreleased. Two of the new bonus tracks, "If She Were You" and "The Ballad Of Flight 191 (They Know Everything About It) were also co-written by veteran singer/songwriter John Prine. All of the bonus tracks feature Goodman with an acoustic guitar, as the songs vary slightly in quality, but are definitely welcome to this new edition of the "Unfinished Business" album.
Both new releases were produced amazingly by Cheryl Pawelski and include 12-page full-color booklets with new liner notes by music journalist Lee Zimmerman. To find out more about these two new expanded releases, visit omnivorerecordings.com.
Posted by JP's Music Blog

Thanks for this review! Amazing recordings! 👏❤️👏🎼