The Soundtrack To "Alice's Restaurant" Gets Expanded For It's 50th Anniversary 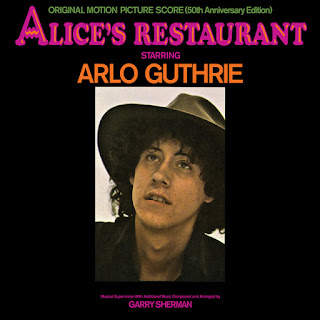 It all started 50 years ago, that's 50 years ago on Thanksgiving that folk artist Arlo Guthrie created a soundtrack to the movie, of the song that has become a national pastime for Thanksgiving. The song is called "Alice's Restaurant" and it tells the story of how Arlo got arrested for dumping garbage over a cliff because the town dump was closed on Thanksgiving. This 18-minute tale has become the anthem of how a simple task of helping out a friend can become a fight against politics.