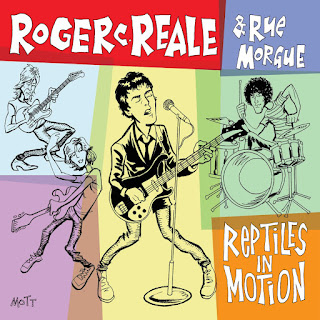 Recording artist Roger C. Reale became a well-known musician around the New England area during the late 1970s. His band Rue Morgue was simply a studio group that frequently performed at Trod Nossel Studios in Wallingford, CT and for its affiliated record label, Big Sound. As the Big Sound label became interested in punk music, Rue Morgue had the perfect sound that the label was looking for. The band (which included guitarist G.E. Smith and drummer Hilly Michaels) recorded their debut album, "Radioactive" in 1978. Soon after, Smith left the band and guitarist Jimmy McAllister was brought in to the band, followed by the legendary Mick Ronson, who helped Rue Morge work on their second album "Reptiles In Motion" (which has never been released for over 40 years).

In 2018, Reale obtained the recordings from Big Sound and on October 18th, Rave Records will release "The Collection" by Roger C. Reale and Rue Morgue. The new 24-track compilation contains the band's 1978 album "Radioactive" and the previously unreleased 1979 album "Reptiles In Motion," featuring the guitar work from the late, great Mick Ronson. The first twelve tracks certainly have that punk rock edge that the Big Sound label was in search of, as Rue Morgue quicken the pace with "Dear Dad" and "Kill Me," while also adding a raw, uptempo rhythm to their cover of "Rescue Me."
The songs on their follow-up effort "Reptiles In Motion" have a bigger seventies guitar rock sound, as displayed in the songs "Radioactive" and "Make It Be Over." They still keep the punk idea alive with the swift pace of "Pros And Cons" and "One More Try," but Reale and his band were diving deeper in melody and lyrical structure, like in "Point Blank" and "Living In Anger." To find out more about this historical new "Collection" from Roger C. Reale & Rue Morgue, please visit primemovermedia.com.
. 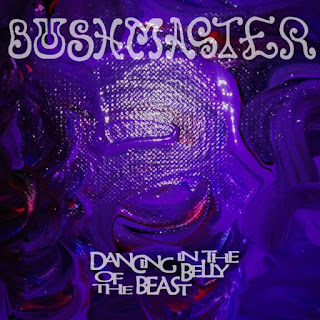 Blues artist Gary Brown recently released new music with his band, Bushmaster. The new album titled "Dancing In The Belly Of The Beast" features fourteen tracks, beginning with the shuffle rhythm of "Profile," which is highlighted by an exciting, but all too short electrifying guitar solo from Brown. The album continues with the soulful blues of "Ajax And Hot Wax" and the politically charged rocker "Song For Freddie Grey." Brown draws upon the ghost of Jimi Hendrix on the loose guitar boogie blues of "Nowhere To Stand," then delivers the classic sounds of the blues on the uptempo "40 Acres And A Mule." Bushmaster wrap up their new release with funk infused "Pressure Cooker" and the steady acoustic, country blues of "Thing Back Home." To find out more about Bushmaster featuring Gary Brown and their latest release "Dancing In The Belly Of The Beast," please visit bushmasterblues.myshopify.com.
Posted by JP's Music Blog

Thank you for the review, we appreciate your point of view and are thrilled to be a part of your blog. Gary - and the whole Bushmaster team. BushmasterBlues.com