Step Out Of The Realm Of Normalcy With New Music From Uncle Roy, Mike Patton and Jean-Claude Vannier 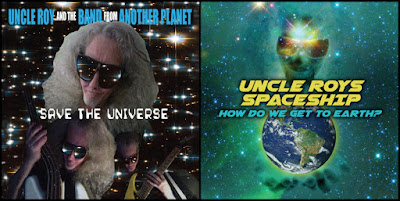 At the beginning of the month, we received two debut albums from "cosmic" singer/songwriter Roy Herman, better known as Uncle Roy. One of the new releases features his Band From Another Planet and the other has you climbing aboard Uncle Roy's Spaceship.

Uncle Roy & The Band From Another Planet are here to "Save The Universe" with a new five-song EP that mixes together many musical genres, like hard rock, classical and pop music to keep you guessing on what path comes next. They start things off with the progressive, high-energy nature of "Cosmic Happiness" and your journey begins with this classic sounding space rock number. The Band From Another Planet showcase their more graceful side with the gentle ballad "A World Of Miracles," before closing out their short, new release with the raw, psychedelic rock of "Father Time" and the full band, sonic blast of "It Doesn't Really Matter."
On the flipside, we get the new five-song EP from Uncle Roy's Spaceship asking "How Do We Get To Earth?." Uncle Roy experiments even further into the realm of chaos, blending tempos and style to create a unique listening experience. The album begins with the guitar frenzy of "Space Noodlin'," before the hard rock space trip beyond "Moonbeams And Cosmic Bang" takes you on a journey that breaks down the walls of sound with this sci-fi adventure. This other short, new release wraps up your trip with the progressive rock appeal of "It's A Beautiful Day In The Milky Way" and the more aggressive nature of "Flight Of The Ancient Alien." As Uncle Roy continues to reach further out into the cosmos for new musical ideas, be sure to check out these new releases. To find out more about Uncle Roy and his musical adventures, please visit uncleroysalienmusic.com. 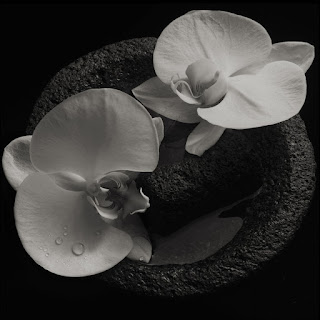 Singer Mike Patton (Faith No More, Mr. Bungle) was never one to adhere to conventional music. Even when he was was the lead singer for Faith No More, he gave their music a theatrical sound with his vocal delivery. His latest adventure teams him up with French composer Jean-Claude Vannier for the soon to be released album, "Corpse Flower." The two met nearly a decade ago and have finally been able to work together on a musical project.

The new 12-song release begins with the Leonard Cohen-sounding "Ballade C.3.3," as Patton talks his way through the storied lyrics, while the supreme-sounding band plays the perfect backdrop. The slinky-style of "Camion" and the graceful piano ballad "Chansons d'amour" showcase the diversity of ideas that Patton and Vannier bounced off each other in the studio. The country blues of "Browning" is so addictive that you follow every word and every note down the song's dark, dirty path. Patton's vocals match the classical appeal of "Insolubles" so perfectly that you wish that these two artists would create a Broadway musical. Jean-Cleude Vannier and Mike Patton close out their new album with the bluesy-style of "Yard Bull" and the lush strings and honest lyrics of "Pink And Bleue." To find out more about this new musical team-up and their new album "Corpse Flower," please visit Mike Patton's Facebook page at facebook.com/mikepatton.
Posted by JP's Music Blog