Last year, 2019, was an important year for the alternative rock/grunge band, Nirvana. Not only was it the 30th anniversary of their debut album "Bleach," but also the 25th anniversary of one of their best selling live albums "MTV Unplugged In New York." Plus, available for the first time on vinyl from UMe was the vinyl release of their 2013 concert video "Live And Loud." 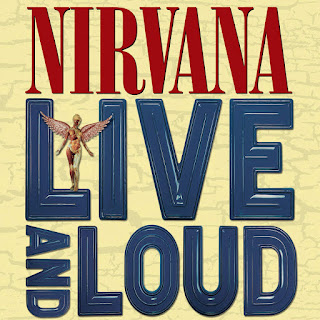 The "Live And Loud" concert event was supposed to feature Nirvana performing along with co-headliners Pearl Jam, but Pearl Jam had to back out of the show. This left Nirvana as the big draw that evening (along with Cypress Hill and The Breeders), as MTV filmed the show for broadcast. The film was kept in the vault until its release in September 2013 in honor of the 20th anniversary of the Nirvana album "In Utero," which the band was currently promoting at the time of the show with a world tour.
The full show was released as a double-vinyl set on August 30, 2019 and features one of the best live performances from the band. The energy was super high, as they were performing in their home state and due to the cancellation of Pearl Jam's appearance, Nirvana performed an extended set, covering their latest release extensively playing seven of the album's twelve tracks. The show also touched upon some rare gems like "Blew," "School" and "Endless Nameless." The sound on these LPs is amazing, as Kurt's vocals are strong and his guitar work is on point. You can hear Dave's background vocals clearly, among the steady rhythm of drums and bass from Kris. This show also features one of the first recorded performances of David Bowie's "The Man Who Sold The World," which would become associated with Nirvana forever because of their unplugged performance which was broadcast on MTV around the same time as the "Live And Loud" concert. 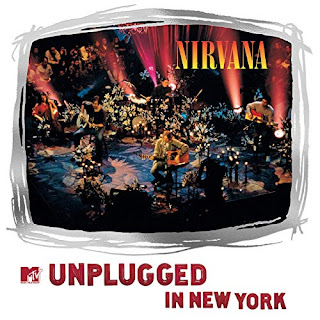 Speaking of Nirvana's "MTV Unplugged" appearance, UMe recently released a new double-vinyl set to celebrate the 25th anniversary of the original release of this live album. What was originally released on vinyl as a single LP has now become two, with an extra side of bonus rehearsal songs that only originally appeared on the video release of the show.

The sound on these vinyl are simply stunning. Right off the bat, you can hear (and feel) the warmth of this release on the opening track "About A Girl." The acoustics are just perfect. You can easily decipher the cellos in songs like "Dumb," as Kurt's voice is noticeable filled with pleasure performing their cover of the Meat Puppets' songs "Plateau," "Oh Me" and "Lake of Fire." You will fully appreciate the dynamics of vinyl as you listen very intently to the softness of "Something In The Way" versus the raw, emotion of "Where Did You Sleep Last Night?" The five bonus rehearsal songs are a very nice addition, which showcases the dedication that Nirvana had put into this performance. The appearance of the rehearsal songs also proves that they plays one of their best shows of their entire career. To find out more about these two latest vinyl releases from Nirvana through UMe, please visit nirvana.com.
Posted by JP's Music Blog