Pixies Begin To Release Demos From "Beneath The Eyrie" Digitally 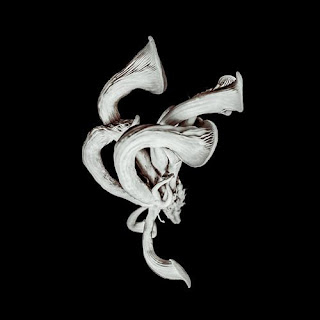 The alternative rock band, Pixies released their first album of new material in over three years, back in September 2019. The name of the album was "Beneath The Eyrie" and was produced by the Grammy-nominated Tom Dalgety (Ghost). The album was a top ten hit in the U.K. and Ireland, and the Pixies promoted the album by kicking off a world tour in Europe, which will continue this February with a 15-date tour of Japan, before heading over to China, New Zealand and Australia.

They also recently released a new three song digital EP titled "Beneath The Eyrie Demos: Pt. 1," which was recorded in December 2018 for their latest studio release. The songs on this EP originally appeared on the vinyl only deluxe edition of the album "Beneath The Eyrie," but are becoming available in pieces on all digital platforms.
We kick things off with a demo version of "The Good Works Of Cyrus," which is a raw, short energetic rocker, while the follow-up track "Please Don't Go" takes its time with it's mid-tempo pace and repetitive chorus. The new EP closes out with the guitar-driven frenzy of "Chapel Hill," which feels like its still in the early stages of a song that may need a few more lyrics. To find out more about the newly released "Beneath The Eyrie Demos: Pt. 1" and for a complete list of tour dates, please visit pixiesmusic.com.
Posted by JP's Music Blog