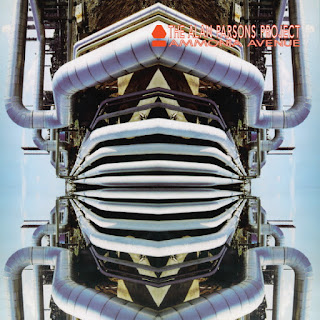 The British rock band, The Alan Parsons Project is the brainchild of musician/composer Eric Woolfson and producer/engineer Alan Parsons. The duo brought in a number of different musicians to help with their musical "project" and had major hits in the U.S. with songs like "Time," "Eye In The Sky" and "Don't Answer Me." The latter song appeared on the band's 1984 album "Ammonia Avenue," which went platinum in Canada and here is the U.S. To celebrate the album's 35th anniversary, Esoteric Recordings is releasing a new limited edition deluxe box set, which features 3 CDs and 1 Blu-ray disc.

The band found the perfect recipe for success in the eighties with their slick production and Steely Dan-type contemporary sound, drawing from many different musical genres. This new release of the "Ammonia Avenue" album has been newly remastered and remixed from the original master tapes by Parsons himself. The first disc features the original album sounding the best that it ever has, along with eight bonus tracks. The entire set includes 53 bonus tracks, some which have never been released. These eight consist of of the same tracks that were featured on the 2008 reissue of the album, including rough mixes, demos and orchestral overdubs.
Disc two is where fans will want to dive right in, it features 19 tracks of Eric Woolfson's "Songwriting Diaries." These songs showcase the early developments of songs like "One Good Reason," "Dancing On A Highwire" and "Ammonia Avenue." Each of these tracks have multiple runthroughs, while this disc also features ides of songs that did not make the album like the nearly seven-minute piano melody of "Don't Take Chances With Me," along with the short snippets of "Toby's Theme" and "Amelie's Theme."
Disc three features seventeen studio session tracks that allow the listener to dive even further into the development of the album. Even early demo recordings of "Prime Time" and "You Don't Believe" sound stunning, given the fact that these were never meant to be heard. The Blu-ray features the album presented in 5.1 surround sound, along with promotional videos for the singles "Don't Answer Me" and "Prime Time." This new remastered/remix of the album will also be released as a double 12" vinyl at 45 rpm, in order to get the full sound and appreciation of the music that The Allan Parsons Project created back 35 years ago. To find out more about this new deluxe edition release of the "Ammonia Avenue" album, please visit cherryred.co.uk.
Posted by JP's Music Blog