The Allentown, PA rock band, The Limits have been called by many the "quintessential American garage band," since forming in late 1964. The Limits flew under the radar of pop music of that era with their raw, blues/rock vibe, which made them an underground, cult sensation. After only a few years together, the band broke up in the late sixties, before reforming once again in the eighties behind the leadership of original band member Rick Levy. Levy also performed and helped manage such sixties acts as Herman's Hermits and Freddie "Boom Boom" Cannon and more currently performs with The Box Tops. 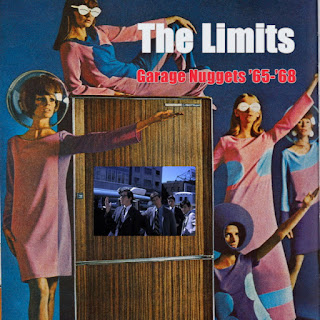 A collection of songs from The Limits have created the sets "Garage Nuggets '65-'68" and "Songs About Girls," which features their work throughout the 1980's. These two compilations have been recently re-released by Cleopatra Records, in conjunction with Rick Levy's new memoir "High In The Mid-'60s: How To Have A Fabulous Life In Music Without Being Famous."
The "Garage Nuggets '65-'68" features 22-tracks that showcase the band's raw, youthful energy, especially on their covers of "Suzie Q" and "King Bee." Their sound may be described as "grunge," as the recordings were not smooth and polished and felt more like it captured a moment in the recording studio in only one or two takes. Songs like "I'm Alive" and "He'll Make You Cry" showcase the band's attempt at a pop sound and the harmonies are quite outstanding on their ballads like "The Key" and  "I Lost What I Need." The Limits early years may be highlighted by the way they turn songs like "Little Red Rooster" and "Respect" into one of their own with the band's "garage" like delivery. 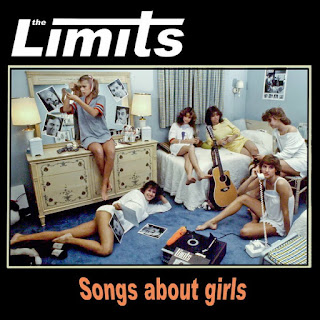 When The Limits reformed in 1979, their sound became slightly more polished with more of a post-punk/new wave appeal, as displayed in the songs "I Look So Good" and "Take Your Heart Away," which appear on the compilation "Songs About Girls." The band still have that raw energy, as shown in the addictive quality of "Don't Steal My Heart" and "Can't Stop Looking," while also showing grace with the melodic ballads "Holiday From You" and "I Won't Tell." Re-discover the treasure of The Limits with these two new reissues of "Garage Nuggets '65-'68" (orcd.co/the-limits-garage-nuggets) and "Songs About Girls" (orcd.co/the-limits-songs-about-girls).
Posted by JP's Music Blog