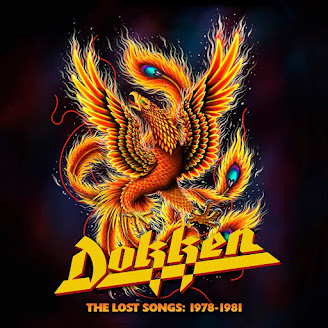 The hard rock band, Dokken formed in 1979 out of Los Angeles, CA right around the same time that Van Halen was beginning to take off with their debut album. It would be another two years before Dokken would release their debut album "Breaking The Chains" and another five years until Dokken would release their platinum selling album "Tooth And Nail" in 1984. A new release from Dokken arriving August 28th from Silver Lining Music centers around those first couple years from 1979 to 1981. These "Lost Songs" showcase the early days when Don Dokken was looking for that perfect chemistry for hard rock success.

The new eleven song release begins with "Step Into The Light,"could have definitely appeared on any of the first Dokken albums with its mainstream rock hooks, while "We're Going Wrong" feels stuck in the seventies, except for the electrifying guitar solo. Before ballads sold glam rock albums, Dokken prepped "Day After Day," which may have been a few years too early, as eye-opening hard rock numbers still ruled the airwaves. One of the songs that appears on this new "Lost Songs" compilation is "Felony," which also appeared on Dokken's debut album. This version feels more raw and in your face, instead of the over-polished released version. The Dokken song "Back In The Streets" might have been influenced by the over-the-top energy of fellow LA rockers Van Halen, as the song seems to follow that blueprint. The new "Lost Songs" compilation wraps up with a couple of early live versions of the hard-rockers "Liar" and "Prisoner." To find out more about this new release from Dokken titled "The Lost Songs: 1979-1981," please visit facebook.com/DokkenOfficial. 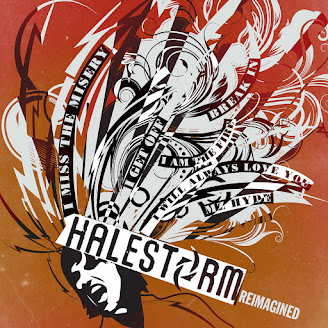 Another new release that hit the market is the new six-song EP "Reimagined" from hard-rockers Halestorm. The band has been known to release covers EPs in between full album releases, but this time, Halestorm decided to reinvent some of their own songs, like the intense build up "I Get Off" and the burning passion of "I Am The Fire." The album's lead single "Break In" features Evanescence singer Amy Lee harmonizing beautifully with Lzzy Hale on this gentle ballad. The one cover song that does appear on this new release is Dolly Parton's "I Will Always Love You," performed like the Whitney Houston version, showcasing Hale's amazing vocal abilities. To find out more about the new Halestorm release "Reimagined," please visit halestormrocks.com.
Posted by JP's Music Blog