New Documentary Strengthens The Cause For "The Vinyl Revival" 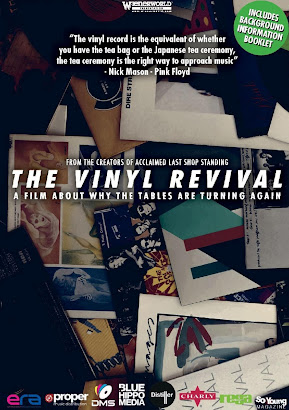 Back in April, the acclaimed filmmakers of the documentary "Last Shop Standing" returned with a new film titled "The Vinyl Revival." Director Pip Piper visits many independent shops in the U.K. during the film, to get a first-hand look on the constant growing sales of this specific recorded format. This film was originally intended to co-inside with Record Store Day 2020, but due to the current pandemic, Record Store Day was postponed and spread across three different dates this year in August, September and October.

Record Store Day is only one of the factors in the "Vinyl Revival," as shown in the new documentary. Store owners, as well as artists like Nick Mason (Pink Floyd) and Philip Selway (Radiohead) continue to praise the vinyl format, as a new, younger generation is discovering this physical product that not only looks better, but also sounds better than the streaming format that they have been used to for years.

Vinyl fans will definitely appreciate the interviews conducted throughout this documentary, along with the feeling of being part of a larger community. A word of caution, after watching this film, you may have the urge to head out to your local record shop to pick up some new vinyl, but remember, that is a good thing and will keep the "vinyl revival" lasting for many more years. The new DVD release of this film also includes an eight-page booklet that chronicles the making of this documentary. To find out even more about "The Vinyl Revival," please visit mvdshop.com/products/the-vinyl-revival-dvd.