Anyone Returns With Tales Of "Ending Earth," while Hidalgo & Haklar Team-Up For "Transcendance" 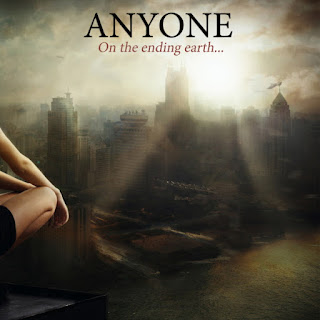 The critically acclaimed rock band, Anyone, recently released their third full-length album titled "On The Ending Earth." The band was formed over two decades ago, when Riz Story teamed up with Taylor Hawkins (Foo Fighters) and Jon Davidson (Yes). Anyone released their debut album back in 2000, right after the departure of Hawkins and Davidson. This new album finds Riz performing all the instruments himself, along with a few special guests, including Davidson, Miles Martin and Ethereal.

The new thirteen song release comes blasting down the door with the shear intensity of the opening track "It's Already Too Late," while "Mother Superior" revolves around the damage we have caused to the earth. The themes of the songs on this new release deal with destruction and extinction of mankind, as reflected in the ten-minute build-up of "All That Lives Is Born To Die." Former Anyone founding member Jon Davidson returns to play fretless bass on the burning power ballad "Thought I Was," before the energy picks back up during progressive rock approach of "Lament" and the straight-up, hard rock attack of "A Love Letter To Humanity." Anyone close out the new album with the keyboard introduction of "Fade To Black," a farewell note to human kind. To find out more about Anyone and their latest release "On The Ending Earth," please visit anyoneden.net. 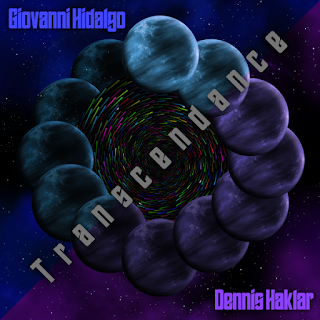 Guitarist Dennis Haklar and percussionist Giovanni Hidalgo have joined together once again for a new release titled "Transcendence." It features eleven tracks, beginning with the soft, atmospheric soundscape of the opening track "Bongui," before delivering a more spaced out, jazz fusion piece "Timba." The sculptured sound of "Crystalline" will certainly draw upon your curiosity, while "Inner" plays off the wonderful guitar work of Dennis Haklar. The duo deliver a more middle-eastern sound with "Shekere," before finishing with the eight-minute ambient flow of "Frames." To find out more about "Transcendence," the latest album from Dennis Haklar and Giovanni Hidalgo, please visit dennishaklar.com.
Posted by JP's Music Blog