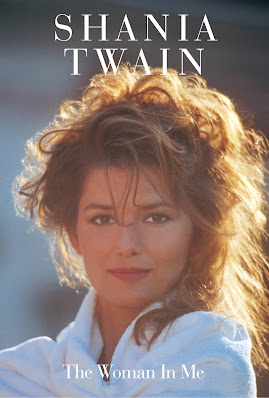 Arriving on October 2nd is a new "Diamond Edition" of Shania Twain's 12x Platinum sophomore break-through album "The Woman In Me." It will be available in a number of different configurations, including a 2-CD and 3-CD set along with crystal clear vinyl edition. Eight of the album's twelve songs appeared on the Billboard country charts (four reached #1) and the release hit #1 on the country album chart an#5 on the Billboard album chart back in 1995. To celebrate the album's 25th anniversary, Mercury Nasville/UMG Recordings have remastered the original album for this release and have added sixteen previously unreleased tracks. This new "Diamond Edition" includes an entire album's worth of early "Shania Vocal Mixes" of eleven of the dozen songs on the album, which were recorded almost a year before the album's original release date.

The new remastered version of the album sounds great (even in digital form), as the highly energetic tracks like "Whose Bed Have Your Boots Been Under?" and "You Win My Love" still have that punch. The delicate ballads "Raining On Our Love" and "God Bless The Child" put Shania's vocals right out front, as if you were in the room with her, listening to these emotional tracks. Fans will want to dive right into the two discs worth of bonus tracks, which starts out with five live songs recorded from Shania Twain's 2019 residence at Planet Hollywood in Las Vegas. Some of the alternate mixes of her hit singles "(If You're Not In It For Love) I'm Outta Here" and "You Win My Love" add a dance beat, which makes the songs sound less like country and more prepared to be played at the clubs. A couple more live versions of "(If You're Not In Love) I'm Outta Here" and "Home Is Where The Heart Is/The Woman In Me/You've Got A Way (Medley)" is taken from Shaina Twain's 1998 DirectTV special.

The "Shaina Vocal Mix" is only part of the 3-CD set, but is worth it for the pure enjoyment of hearing these tracks with less production added to them. Songs like "No One Needs To Know" is simply stunning, with just the basics and "Any Man Of Mine" is pure country rock with Shania's vocals leading the way. To find out more about this new "Diamond Edition" of Shania Twain's "The Woman In Me" album, please visit shaniatwain.com.