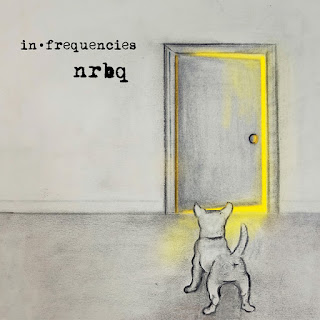 Arriving October 2nd from Omnivore Recordings is a new rarities compilation "In Frequencies" from the American rock band, NRBQ. For more than five decades the band has been making new music and touring on a constant basis, but with the concert scene on pause, Omnivore and NRBQ decided it would be the perfect time to dig through the vault for sixteen rarities (twelve previously unissued) to remind fans of how great their music was, even when it was never meant to be heard.

A short, 80-second soundcheck recording titled "Dogwood Winter" opens up this new release. It's one of the earliest known recordings of the band (1968) and feel absolutely necessary on this release, even though it sounds very raw and un-mastered. The compilation jumps all around, continuing with 1983's "Get Real" featuring Terry Adams on vocals and Al Anderson delivering a sweet little solo. Personally, I love "Orioles," which has a swinging rhythm and names some of the great Baltimore Orioles' players throughout the years. NRBQ sound like their having a great time on the California surf number "Wild Weekend," which was also recorded during soundcheck.

This new release also features some live tracks, including the rockin' blues of "We'll Make Love," which was recorded live at Trinity College back in 1976. One of the newest song on this compilation is "April Showers," which was recorded in 2018 for the motion picture soundtrack to "Change In The Air." NRBQ wrap up this latest release with the rockabilly swing of "That's All," sung by Al Anderson, along with wonderful harmonies of "Blues Stay Away From Me" and their amazing cover of "Chapel Of Love," recorded back in 2011. To find out more about the new release "In Frequencies" from NRBQ, please visit omnivorerecordings.com.