Little Richard has been considered by many to be one of the architects of rock and roll. He had over a dozen top ten hits in four years (1955-1959) and created some of the timeless classics like "Tutti Frutti" and "Lucille." Then in the early sixties, Little Richard became a born-again Christian, focusing on gospel music. After a three year hiatus, Little Richard signed with Reprise Records to release his comeback albums "The Rill Thing" and "King Of Rock And Roll." Since his passing earlier this year, fans have been re-focusing on Little Richard's music and how great of a performer and singer he was. On September 14th, Omnivore Recordings is taking those first two Reprise Records releases and is expanding them with bonus tracks for a new CD release. 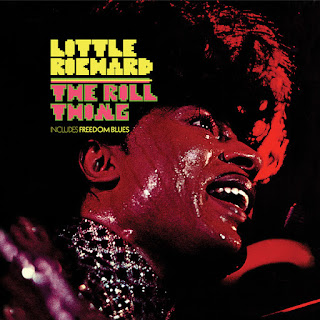 His 1970 album "The Rill Thing" found a re-energized Little Richard that was ready to deliver new music, as well as cover some of the greats like Hank Williams and The Beatles. The opening track "Freedom Blues" was a Top Forty hit for Little Richard, which still rings true in today's world. Other highlights of the album include the classic rock and roll sound of "Dew Drop Inn" and the ten-minute funk-jam of the title track "The Rill Thing," which was recorded in one long take. It's also great to hear Little Richard put his own spin on the well-known tracks "Lovesick Blues" and "I Saw Here Standing There." The new reissue includes four bonus tracks, beginning with the single-only release of "Shake A Hand (If You Can)." Also included are two radio promotional spots recorded by Little Richard to promote "The Rill Thing" album, along with the single-edit of "I Saw Here Standing There." 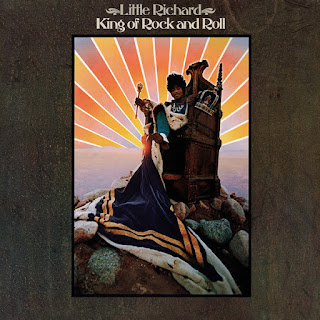 A year later, Little Richard released his second release on Reprise Records titled "King Of Rock And Roll." It mostly consisted of cover songs, along with the originals "King Of Rock And Roll," "In The Name" and "Green Power," but this album showed that Little Richard could take on any musical genre and make it his own. He pours his passion into the gospel-like rendition of "Joy To The World," displays the blues of the "Midnight Special" and covers the country king once again with a version of Hank Williams' "I'm So Lonesome I Could Cry." This album is about rock and roll, which Little Richard delivers with the funky breaks of The Rolling Stones' "Brown Sugar" and the preaching of John Fogerty's "Born On A Bayou." This new CD reissue includes six bonus tracks, which include another Hank Williams cover "Why Don't You Love Me," plus a few more originals "In The Name," "Still Miss Liza Jane" and "Mississippi." To find out more about these two new releases from Little Richard's catalog, please visit omnivorerecordings.com/product-tag/little-richard.
Posted by JP's Music Blog