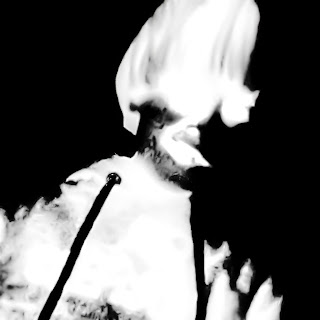 Vocalist Greg Puciato recently released his debut solo album "Child Soldier: Creator Of God." Puciato may be best known at the former lead singer of the American hardcore metal band, The Dillinger Escape Plan. After their demise in 2017, Puciato also contributed to the electronic supergroup, The Black Queen. Now, Greg is on his own, making the music that has been been fueling him for the past decade. Many of these tracks just did not fit the mold of The Dillinger Escape plan, like the acoustic opener "Heaven Of Stone," so he found a home for his work on this new album.

Greg Puciato touches many different genres on this fifteen track release, from the industrial beats of "Creator Of God" and "Fireflies," to the hardcore metal appeal of "Fire For Water" and "Roach Hiss," to the electronic pop melody of "Temporary Object." The energy of "Down When I'm Not" is undeniable and shows that Greg is a great songwriting talent. He wraps up his new album with a return to the gentle acoustics of "Through The Walls," the pop addiction of "A Pair Of Questions" and the simmering tone of "September City," that explodes with passion to close out the album. To find out more about Greg Puciato and his latest release "Child Soldier: Creator Of God," please visit gregpuciato.bandcamp.com. 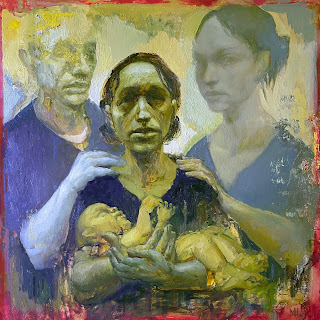 Also returning with new music is the American doom metal band, Pallbearer with their new album "Forgotten Days." It is the band's debut release on the Nuclear Blast label and features eight epic, well-crafted tracks, beginning with the dark, chugging melody of the title song "Forgotten Days." Pallbearer mix in a gentle melodic break during the grinding rock of "Riverbed," before taking you on the sonic adventure of "Silver Wings." This song is the highlight of the album, at least for me, as the band showcase their music through twelve-minutes slow, patient riffs. The energy picks up with the raw, pounding attack of "The Quicksand Of Existing," before finishing the album with dark, atmospheric doom metal approach of the eight-minute closer "Caledonia." To find out more about Pallbearer and their latest release "Forgotten Day," please visit pallbearerdoom.com.
Posted by JP's Music Blog