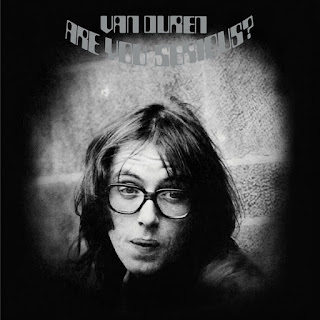 The power pop/rock scene was blowing up in Memphis in the seventies. The band, Big Star was being heralded as the next big thing, before breaking up only four years later. From the ashes of the band grew the Baker Street Regulars, which featured Chris Bell and Jody Stephens from Big Star, along with a then unknown artist, Van Duran. Van Duran was being compared to the likes of Paul McCartney and Todd Rundgren. After the untimely death of Chris Bell, the band dissolved and Van Duren took on a solo career. He was being managed by Andrew Loog Oldham (The Rolling Stones) and in 1978, Van Duran released his debut album "Are You Serious?." After a quick tour to follow the success of the album, Van Duran quickly got back into the studio to record a second album. Sixteen months later, Van Duren completed "Idiot Optimism," but by then, he had a huge dispute with his record label and the album sat on the shelf for nearly two decades, before coming out in 1999 on Japan's Airmail Recordings label. 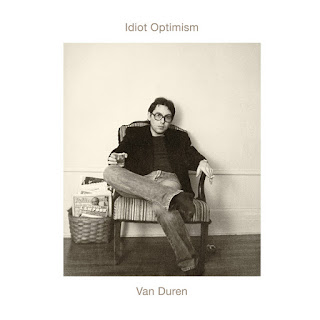 Now, on October 30th Van Duren's two studio album will get the proper release on CD and on limited-edition color vinyl. Both albums have been remastered and will be released through Omnivore Recordings, along with new liner notes from Van Duren. The first album, "Are You Serious?" is filled with great power pop anthems like "Chemical Fire" and "Oh Babe," along with beautiful sweeping ballads like "Waiting" and "Guaranteed." The Memphis rock sound is fully formed in songs "New Year's Eve" and "For A While," while "The Love That I Love" showcases his folky, singer/songwriter side.

Van Duren's second album "Idiot Optimism" still holds on to that raw, rock approach with songs like "Bear With Me All The Way" and "Make A Scene," but as the album continues, you can hear Van Duren's sound evolving. His sound also evolved to the times of the late-seventies/early eighties with a more R&B vibe finding their way into songs like "Torn In Half" and "Reminds Me Of Me." The piano ballad "What's Keeping You?" feels as if is should be more epic and included in part of rock opera suite. The treasure for me is the closing number "Love At The Heart Of It/Mad At The Moon," which has all of Van Duren's musical elements coming together to form this masterpiece. To find out more about these two new remastered reissues of Van Duren's "Are You Serious?" and "Idiot Optimism" albums, please visit omnivorerecordings.com/van-duren.