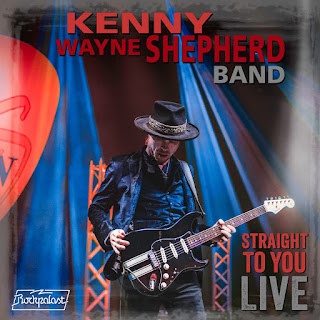 Guitarist Kenny Wayne Shepherd has established himself as one of the premier American guitarists since his debut 30 years ago. His debut album topped the Billboard Blues chart and has three platinum-selling albums. Back in 2010 Shepherd released his first live album "Live In Chicago" and on November 27th, Kenny Wayne Shepherd and his band are releasing their first live video "Straight To You Live." It arrives in a number of different formants, including Blu-ray + CD, DVD + CD and as a limited edition double red transparent vinyl set. The recording is taken from the German TV show, Rockpalast and was recorded/filmed nearly one year on November 25, 2019, right before the pandemic cancelled the Kenny Wayne Shepherd Band's European Tour.

The thirteen songs set gets off to a blazing start with the electrfying "Woman Like You" and the band's cover of Neil Young's "Mr. Soul." The filming is perfect, putting right on stage next to the performers, whether its following Shepherd's every move on guitar or spotlighting Noah Hunt's amazing vocals, this film tries to include it all. The classic blues romp of "Talk To Me Baby" is pure fun, with Kenny leading the way with his vocals, before delivering the slow burn of "Heat Of The Sun," in which the band just jams for over twelve minutes and is a must see on the video of the show. Another must see is the Kenny Wayne Shepherd Band's nine-minute performance of one of the their earliest tracks "Shame, Shame, "Shame," which highlights Noah's strong, explosive voice, along with keyboardist Joe Krown and drummer Chris "Whipper" Layton. They close out the show with a rocking version of "I'm A King Bee," which highlights the full force of the band, led by Shepherd's stellar guitar solo, along with the ten-minute tribute to Jimi Hendrix in the form of the great "Voodoo Chile (Slight Return)," which could just not be performed any better than what the Kenny Wayne Shepherd Band gave to this performance. To find out more about the band's new live release "Straight To You Live," please visit kennywayneshepherd.net. 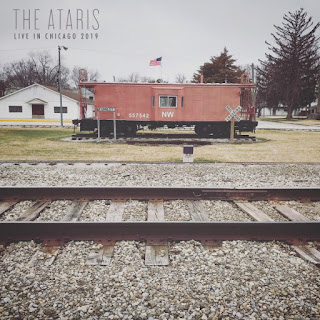 The Indiana rock band, The Ataris also recently released their new live album simply titled "Live In Chicago 2019." It arrived on CD and on special, limited edition clear vinyl just last month and finds the band performing some of the most well-known songs. It is the band's first new release in three years and finds them delivering a high-powered set of the band's punk anthems like "In This Diary," "The Saddest Song" and "Boxcar." The Ataris' frontman and founding member Kris Roe performs a couple solo tracks ("Car Song" and "Sam Dimas"), before the rest of the band join him for their iconic rendition of Don Henley's "Boys Of Summer," which is even better live. The show closes with the youthful ballad "You're Boyfriend Sucks" and the final punk-rock attack of "So Long, Astoria. To find out more about The Ataris and their latest release "Live In Chicago 2019, please visit cleorecs.com.
Posted by JP's Music Blog