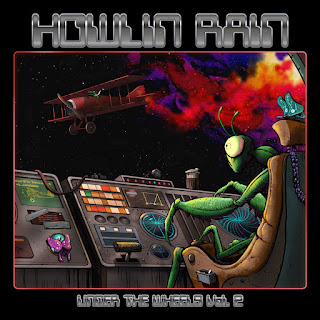 California rock/jamband Howlin' Rain return with volume two of their "Under The Wheels: Live From The Coasts" concert series. Volume one was released last September and now volume two snuck out at the end of October. It features only six tracks, beginning with the opening tune-in short instrumental "Firefly Drone," before the band lets lose on the guitar-boogie southern rocker "Rainbow Trout." Howlin Rain's musicianship takes over on the fourteen-minute jam, which is outstanding, as the music simply floats along for a moment, before the band turn their blues jam into overdrive finishing the song with a guitar frenzy. Speaking of the blues, Howlin' Rain slow the tempo down for the sweet slide guitar of "Coliseum," before finishing things up with the raw, emotions of the guitar-driven "Alligator Bride." To find out more about Howlin' Rain and their latest release "Under The Wheels: Live From The Coasts, Vol. 2," please visit howlinrain.com. 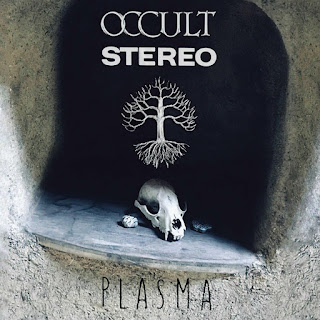 Next up is the debut release from Occult Stereo, which is the brainchild of Alex Eilpooulos of the band, Impuritan. Alex states that this new album titled "Plasma" is part-solo and part-collaborative effort, made up of jams that were eventually arranged and assembled by Alex earlier this year in San Francisco. The new six-song album begins with the raw, steady rhythm of "Liber Xoas," which switches half-way through to a gentler acoustic number, which feels more like two different songs that were brought together to try and play nice. The dark, underlining tone of "Freedom Eyes" gives ways to a hard-edged blues jam that simply rocks. The quiet flow of "Candian Bees" is a nice relaxing piece that flows into the experimental, psychedelic jam of "A Sane Web." Occult Stereo close out the album with the atmospheric melody of "Cassini Hearts," which finishes with a chaotic collaboration of instruments. To find out more about Occult Stereo and its latest release "Plasma," please visit occultstereo.com.

Also arriving soon is a new collaborative effort from Troy Richardson and Fernando Perdomo. They currently have a couple tracks recorded for a future album together. The country blues rocker "Irregardlessly" is filled to the brim with energy and passion, as the band just find the perfect chemistry for this power packed tune. The second track "Mobridge, South Dakota" is little slower with a blues-based rhythm that gets highlighted by some sweet slide guitar. Look for a full-length release or EP from these two to arrive soon. 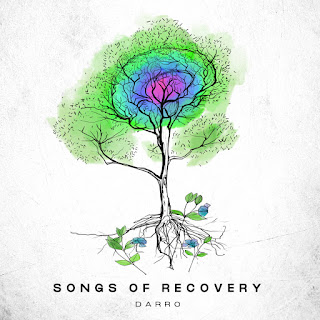 Last, but not least is a new release from singer, songwriter, guitarist Darro titled "Songs Of Recovery." The album came to fruition because of a brain tumor that he was diagnosed with upon his arrival back into the U.S. after finishing grad school abroad. The new eight track release begins with a spoken word introduction/instruction, which leads into the punk-like alternative rocker "You're Not Insane" and the addictive pop/rock melody of "Paralyzed." The energy continues to flow through the intense "Better Not Peak My Head" and the wonderful guitar melody of "Wired Shut." Darro wraps up his latest release with the youthful pop tones of "Undefined." To find out more about Darro and his latest release "Songs Of Recovery," please visit darrochea.com.
Posted by JP's Music Blog