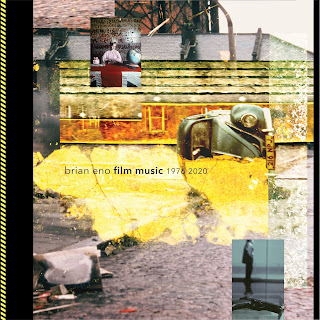 Arriving November 13th digitally is a new compilation from English musician/producer Brian Eno. The project titled "Film Music 1976-2020" features a highlight reel of some of Brian Eno's music that was produced for some classic films like "Dune," "Heat" and "Trainspotting." This set will arrive on CD and on vinyl in early January. Eno may be best known for his work with ambient music (a genre of music that emphasizes tone and atmosphere). Eno has also collaborated with pop artists like David Bowie, David Byrne, U2 and Coldplay and was also a founding member of the English glam rock band, Roxy Music.

The songs that make up this new compilation are the very definition of ambient music, as subtle shifts in tone allows the music to develop an emotional connection to the listener. The gentle flow of "Blood Red" from the film "Francis Bacon's Arena" and the rhythmic delivery of "Under" from "Cold World" showcase the diversity in Eno's musical approach. Fans of Brian Eno's music may find familiarity with "Prophecy Theme" from "Dune" or "Late Evening In Jersey" from "Heat." The great thing about Eno's music is that you do not need the visual element to feel the emotion in the music, like the enlightenment of  "Deep Blue Day" from "Trainspotting." The oldest track in this set is "Final Sunset" from the 1976 film "Sebastian." The music simply glides along with hints of chimes to give a little depth to the music. The compilation closes with the bright sounds of "An Ending (Ascent)," which was originally written for the Apollo moon landing documentary "For All Mankind," but was also featured in the movies "Traffic," "28 Days Later" and in "Beatriz At Dinner." To find out more about "Film Music 1976-2020," this first ever collection of Brian Eno's soundtrack music, please visit brian-eno.net. 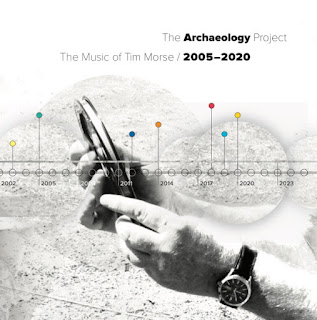 Another new recently released compilation comes from progressive music artist Tim Morse. His new album titled "The Archaeology Project: The Music Of Tim Morse 2005-2020" includes fourteen tracks that reflect on Tim's last fifteen years of recording music. Tim felt nostalgic going back and remastering his music and wanted to show the growth in his songwriting. The album begins with a short guitar interlude that sets you up for the fifteen-minute epic piece "Apocalyptic Visions." The music flows from a gentle ambient beginning, to a hard rock attack, back and forth, until the closing guitar frenzy finishes off the song with a powerful punch. Songs like "Adrift" and "Afterword" showcases Morse's gentler side, while "200 Yards" is a perfectly wrapped, concise progressive piece that has all the elements for a single release, along with the uplifting pop aspects of "My Ally." Tim closes out his new compilation with a cover of the classic Pink Floyd epic "Dogs," which Tim mentions is "something I've wanted to do for years." To find out more about Tim Morse and his latest release "The Archaeology Project: The Music Of Tim Morse 2005-2020," please visit timmorse.com.
Posted by JP's Music Blog