Back in May of this year, Def Leppard released a new box set "London To Vegas" (review: www.jpsmusicblog.com). It featured the band performing their classic album "Hysteria" in its entirely at the O2 Arena in London and a hits filled (and deep cuts) set from their residency in Las Vegas. Now, the shows are available separately on CD and for the first time, "Hits Vegas - Live At Planet Hollywood" will be released on limited edition transparent blue vinyl on December 11. The "Hysteria" show from the O2 Arena was already released back in May on crystal clear vinyl and includes only the complete "Hysteria" album performed live. The new two CD set "Hysteria At The O2" includes the "Hysteria" set on the first disc and also includes the five songs, hits filled encore on the second disc.

The "Hits Vegas - Live At Planet Hollywood" was also highlighted back in May with a two-sided vinyl picture disc titled "Acoustic In Vegas." It featured the band's four-song acoustic set from their hits-packed Las Vegas residency and will now be included with the entire show as a triple translucent blue vinyl set. All of the band's well-known hits and some fan-favorite deep cuts are included in this show. A must have on CD or vinyl for any Def Leppard fan. To find out more about these new releases, please visit defleppard.com. 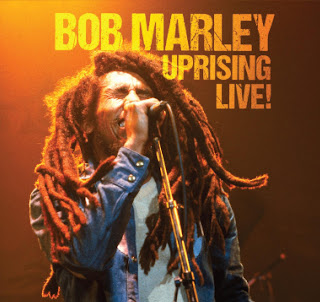 Also recently released on vinyl for the very first time is a new live Bob Marley release titled "Uprising Live." This release arrives from Eagle Rock Entertainment in association with the Bob Marley Estate to celebrate the 75th birthday of Bob Marley, which was celebrated on February 6th. This triple vinyl set arrived on November 13th and features Bob Marley's show from June 13, 1980 to celebrate his most recent album "Uprising." This eighteen-song set includes many of his well-known classics like "Positive Vibration," "I Shot The Sheriff," "Jamming" and "No Woman No Cry." The sound on this is not perfect, and may have never intended to become an official release, but has a certain feel to the recording that puts you in the crowd at the venue. The sound of the music is right up front, while Bob's vocals, along with the I-Three's backing vocals are a tad set back in this live recording. Bob's vocals are very clear and you can feel his energy in songs like "Exodus" and "Could You Be Loved," but the jewel of the show is an intimate acoustic performance of his newly released single "Redemption Song." Bob Marley's words ring loud and clear now as they did back in 1980. He works the crowd up into a frenzy with "Get Up, Stand Up," before closing his show with another new track from the "Uprising" album "Coming In From The Cold" and the energetic message of "Lively Up Yourself," which proves that Bob Marley was a true Shaman for delivering positive vibrations. To find out more about this new vinyl-only release of Bob Marley's "Uprising Live," please visit thesoundofvinyl.com.
Posted by JP's Music Blog