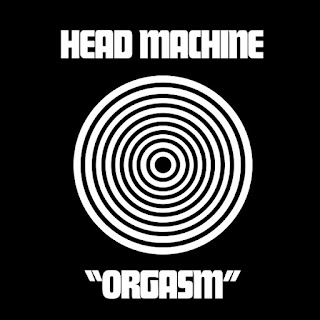 Prior to Uriah Heep's worldwide success in the seventies, came the U.K. rock band, Head Machine. Two of the four members (Ken Hensley and Lee Kerslake), would go on to become vital parts of Uriah Heep's hard rock assault. The album "Orgasm" has been out-of-print for over fifty-years, and for its anniversary, it is getting remastered and reissued on vinyl and on CD. This new release matches the rock sound of the seventies coming out of England and building the foundation of what would become heavy metal music.

The new seven-song release begins with "Climax/You Tried To Take It All," as the band takes a British blues riff and electrifies it with an outstanding musical jam. Head Machine add more melody into the sixties sounding "Make The Feeling Last," before returning to the raw, hard rock romp of "You Must Come With Me." The nearly nine-minute psychedelic rock of the title-song "Orgasm" showcases the stellar musicianship within the band, as each member was performing at their full potential, feeding off each others energy. To find out more about this 50th anniversary release from Head Machine, please visit redbubble.com/people/HeadMachine. 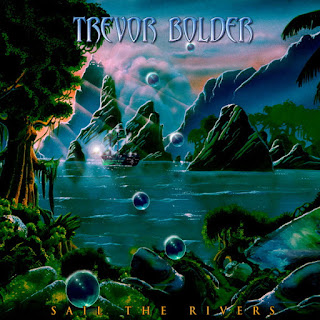 Keeping with the theme of hard rock and Uriah Heep, we have the posthumous album from Uriah Heep bassist Trevor Bolder, who passed away in 2013. Bolder was also a member of David Bowie's backing band, The Spiders From Mars, alongside guitarist virtuoso Mick Ronson. Bolder's solo album "Sail The Rivers" was recorded in segments throughout his career and completed by his former members of Uriah Heep and Wishbone Ash.

The new ten track release begins with the intense hard rock assault of "Which Way Will The Wind Blow," as the album's vocals duties are shared between Bolder and Derek Gallagher. The album continues with the stellar power ballad "Wasting My Time" and the powerful, progressive rock piece "Fear From Falling," which easily compares to anything Bolder was working on with Uriah Heep. The sound of the album all comes together on "Shelter From The Rain," as the song highlights the special bond Bolder had as a musician and as a friend to his fellow bandmates. The album finishes with the high-powered attack of "War Child" and the beautiful, pure, acoustic ballad "Dream On." To find out more about the newly released album "Which Way Will The Wind Blow" from Trevor Bolder, please visit cherryred.co.uk/product/trevor-bolder-sail-the-rivers.