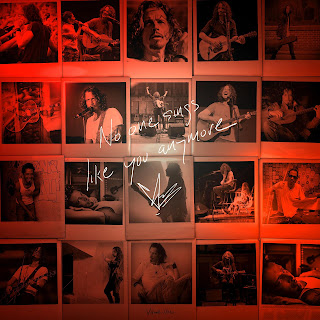 The Chris Cornell Estate, in conjunction with UMe, released Chris Cornell's final studio album "No One Sings Like You Anymore." It is available digitally starting December 11th and will be released in physical format on March 19th. The album features ten cover songs that Cornell recorded back in 2016 for what would have been his next studio album, after he was done riding the wave of the Soundgarden reunion. Everything came to a halt when Cornell passed away in May 2017. Vicky Cornell decided that now was the perfect time to get Chris' final recordings out to the public to give fans hope during these tough, troubling times.

The album begins with "Get It While You Can," which sounds significantly different from Janis Joplin's bluesy version of the song. Chris modernizes the song with keyboards and an uplifting chorus that instantly reminds us why Cornell was considered one of the best rock vocalists of all time. His version of "Jump In The Fire" is more in tune with what we come to expect from Chris Cornell's alternative/grunge rock sound. One thing to point out is that Cornell performed all of the instruments himself (with help from producer Brendan O' Brien). The album's lead single "Patience" is a version of the song that definitely rivals the original, as Chris' vocals are so pure and honest, telling us to have patience with what is going on in the world today. You can hear the love and respect that Chris had for Prince and John Lennon during his acoustic renditions of the ballads "Nothing Compares 2 U" and "Watching The Wheels." The album finishes with stomping/marching rhythm of ELO's song "Showdown" and the electrifying blues of "Stay With Me Baby," which was originally featured in HBO's show "Vinyl." To find out more about the new release "No One Sings Like You Anymmore" from Chris Cornell, please visit chriscornell.com.