Catch Up With The Latest Releases From Mark Winkler & David Benoit, Mike Scott and Roseanna Vitro 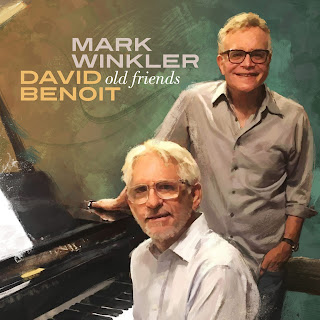 It's hard to see any good that has come from the pandemic, but if anything, music has always been one of the calming and uplifting things in life that helps us escape the trials of real life. A new collaboration between singer-songwriter Mark Winkler and pianist-composer David Benoit may not have happened if both artists have been off doing other projects with their busy schedules, but the national shut down allowed them to work together on a new album titled "Old Friends." It has been over three decades since these two artists have worked together, but now seemed to perfect time to reunite and create some soothing jazz music for all to enjoy.

Instead of writing an entire album of new music, Winker and Benoit took some of their favorite songs and added their own style to them, beginning with the upbeat, swinging tempo of Bob Dorough's "I've Got Just About Everything" and "Better Than Anything." The beautifully elegant Henry Mancini ballad "Two For The Road" could have been created especially for Winkler and Benoit, as the two artists dance together. The title of the album is taken from the Simon & Garfunkel classic "Old Friends/Bookends," as these two artists pour their heart into this emotional version of the song. One of the few originals on this set is the jazz/pop sounding "In A Quiet Place," which was originally an instrumental titled "Kei's Song," in which Benoit asked Mark Winker and Shelly Nyman to write new lyrics for it. The album closes with with the poetic touch of "Dragonfly," which was written nearly six years ago for an album David Benoit did with artist Jane Monheit, along with the perfect parting song, "Some Other Time." To find out more about this latest collaboration between Mark Winkler and David Benoit, titled "Old Friends," please visit markwinklermusic.com. 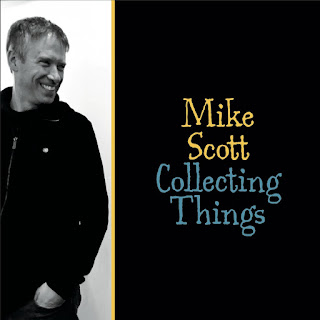 Fellow jazz artist Mike Scott recently released a new studio album titled "Collecting Things." It features ten tracks that find Scott collaborating with longtime Southern California artists Joe Bagg, Darek Oles and Jake Reed. Scott begins his new album with the subtle solo piece "Sol Minor Prelude," which leads into the swinging tempo of "Sol Minor." He adds a touch of blues with his guitar work on "Jack's Dilemma," while "Boom Diddle It" has a much welcomed spark of energy. The only cover song on the album is rearrangement of Burton Lane's 1965 song "On A Clear Day," which fits in perfectly along side the other tracks on the album. Mike Scott finishes his new release with swift pace of "Rondo," the soft-rock oriented composition "Coda" and addictive pop/rock sounding "49," which Mike Scott wrote on his 49th birthday. To find out more about Mike Scott and his latest release "Collecting Things," please visit guitaristmikescott.com. 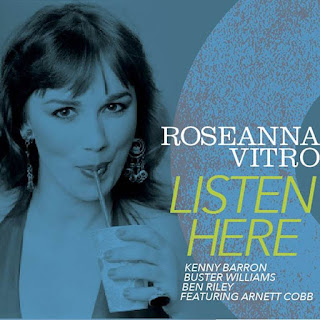 Grammy-award nominated artist Roseanna Vitro is re-issuing her debut album "Listen Here" on February 12th on CD and for the first time in digital format. The eleven-song release finds the songstress performing covers of Duke Ellington, Antonio Carlos Jobim, Rogers and Hart, along with Dizzy Gillispe. Roseanna's vocals are pure joy on songs like "Love You Madly" and "This Happy Madness," as she delivers a timeless quality to these musical pieces. He band is also top-notch, providing the perfect background for the swinging melody of "It Could Happen To You" and "Black Coffee." To find out more about this new reissue of Roseanna Vitro's album "Listen Here," please visit roseannavitrojazz.squarespace.com.
Posted by JP's Music Blog