Japan Returns To The "Quiet Life," While The Melvins Are Finally "Working With God" 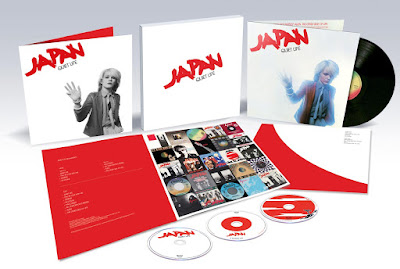 English new wave band, Japan is reissuing their 1979 break-through album "Quiet Life" as a three-disc expanded set, which includes rare mixes and a live show from 1980. Japan banged out five albums in four years, before splitting up in 1982 after burning out, just as the band was achieving major commercial success. On March 5th, BMG will release Japan's "Quiet Life" deluxe edition on CD and a limited edition half-speed red vinyl version.

The original eight-song album is remastered and features that pure electronic/synthesized sound that made pop music in the eighties so addictive. The album lead off with the title-track "Quiet Life," which feels built for the dance clubs, while the atmospheric ballad "Despair" contains a timeless, relaxed quality to the song. The Lou Reed penned "All Tomorrows Parties" was also released as a single, after the group disbanded and cracked the Top 40 in the U.K. This new deluxe edition includes remixes of songs that did not appear on the "Quiet Life" album, like "European Son" and "Life In Tokyo," which appear here in their 7" and 12" remixed forms. Japan's cover of Smokey Robinson's "I Second That Emotion," was originally released as a single in 1980 to promote the album, and is included in this set in its remix forms. I wish "A Foreign Place" was included on the first disc, with the original album, as it was intended to be part of it's initial release, but is included along with the remixes and rarities.

Fans of Japan will no debut be ecstatic about the addition of the "lost " live in Budokan show from March 1980. The rough recording includes fifteen songs, which showcases another side to the band's polished studio sound and also displays their popularity in the Far East during this time period. The recording is not perfect and sounds like a bootleg recording that was cleaned up for this release. Don't get me wrong, the recording is definitely enjoyable and puts you right in the front row of the show. It includes some rare gems, like "In Vogue" and "Life In Tokyo" and closes with a punk-like version of "Automatic Gun" from their 1978 album "Obscure Alternatives." To find out more about the new deluxe edition of Japan's album "Quiet Life," please visit japan.tmstor.es. 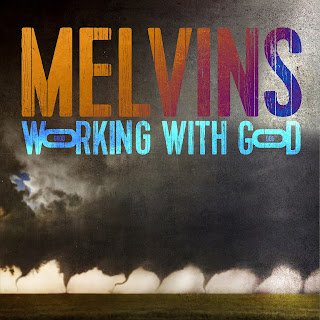 Also, let's welcome back the Melvins with a new studio album titled "Working With God." Even though this is a new Melvins album, it actually features the line-up of Melvins 1983, which includes King Buzzo, Dale Crover and Mike Dillard. The new thirteen-track release kicks off with "I Fuck Around," which is sung in the same melody as The Beach Boys' "I Get Around" and is as addictive as hell to sing along to. The raw, hard rock sound that the Melvins are known for is still present in the tracks "Negative No No" and "Caddy Daddy," along with the classic, nostalgic punk-like fury of "Boy Mike." The album finishes with the slow grinding of "Hot Fish" and the sweet, harmonies of "Good Night Sweetheart." To find out more about the new album "Working With God" from the Melvins, please visit themelvins.net.
Posted by JP's Music Blog