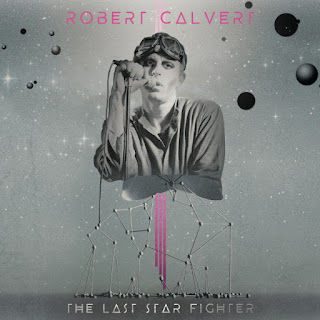 Legendary British rock artist Robert Calvert was a pioneer of the modern electronic music scene, having first rose to fame as the lead singer of the seventies psychedelic, space-rock band Hawkwind, then breaking ground as a solo artist. Although Robert Calvert never found success as a solo artist, his music did influence many underground acts looking for a different outlet from the mainstream. Many of those artists are returning the favor with new remixes of some of Calvert's music, which has been collected for a new album titled "The Last Star Fighter."

It features nineteen tracks, beginning with the eighties, new wave remix of "Over The Moon," done by A Flock Of Seagulls. The album's lead single "Marathon Man" has been rearranged by indie-noise icons Xiu Xiu, delivering a hard-hitting rhythm along side a swirling melody. Another iconic punk legend Rat Scabies (The Damned) has taken on the task of delivering a new version of "Lord Of The Hornets" with a harder, edgier sound, while DJ Xeno & Oaklander give "Hidden Persuasion" a dance club makeover. The post-punk band Soft Kills lays down a dark, goth-like tone to "I Hear Voices" and Small Black remixes "Subterraneans" into a laid-back, modern R&B song. The electronic beats Die Krupps supplies to the remix of "Ned Ludd" really brings the essence of Robert Calvert's music to 21st century. The album closes with the fresh, organic sounds of Inhalt's remix of "Teen Ballad Of Deano," along with more goth-like overtones in "Flight 105" from European Ghost. To find out more about this new remix album of the music of Robert Calvert titled "The Last Star Fighter," please visit cleorecs.com. 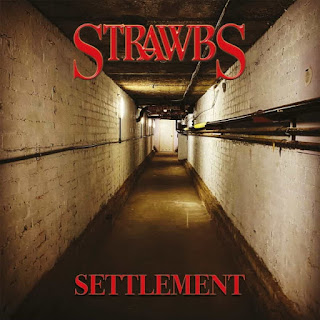 Also on the horizon is the new studio album "Settlement" from the classic English rock band The Strawbs. The history of the band dates back to the mid-sixties and it's been four years since their last album "The Ferryman's Curse." This latest release features a dozen new songs, beginning with the title-song "Settlement," which feels like the perfect opening track, for this band which has shown they have no musical boundaries. All of the songs on this new album were recorded during the COVID-19 lockdown, as each band member worked from a remote location. The Strawbs still showcase their sixties folk-rock vibe with "Strange Time," while "Judgement Day" is a seven-minute, graceful journey about the end of time. They can also rock, as shown in the progressive piece "Chorale," before finishing their new album with the nostalgic pop melody of "Better Days" and the uplifting rock tones of "Liberty." To find out more about The Strawbs and their latest release "Settlement," please visit cherryred.co.uk. 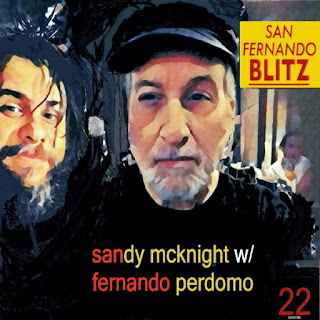 Last January, Sandy McKnight and Fernando Perdomo teamed up for the six-song EP titled "San Fernando Beat." The two had such a good time that they decided to return with a new EP titled "San Fernando Blitz." Once again, it features only six tacks, beginning with the addictive, alt-pop melody of "West Side" and "C'mon C'mon." These two artists are undeniable together and remind me of the time when Paul McCartney and Elvis Costello worked together on a possible album that was eventually scrapped. Sandy and Fernando contain that special bond, as shown in tracks like "Pay It Any Mind" and "Seven Words." To find out more about this latest collaboration between Sandy McKnight and Fernando Perdomo, please visit sandymcknight.bandcamp.com.
Posted by JP's Music Blog